The encounter took place at Gyan Vihar Colony in Ramnagariya area at 2.30 pm on Sunday 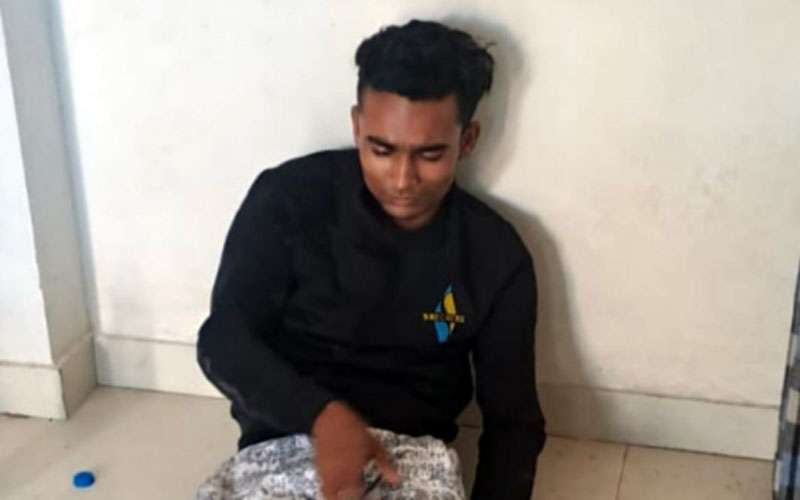 JAIPUR: Raj Hudda, accused of murdering a Dera follower in Punjab, sustained bullet injuries on his leg in a police encounter with a joint team of Punjab and Jaipur police in the city on Sunday. The gangster – one of the most wanted criminals in Punjab – had been hiding in Jaipur for the past few days. Posing as a coaching student, he had taken a room on rent along with two other students.

The encounter took place at Gyan Vihar Colony in Ramnagariya area at 2.30 pm on Sunday. Additional DCP Crime Sulesh Chowdhary said that Punjab Police got information about the gangster being in Jaipur. This morning, DSP Vikram Brar of the Anti Gangster Task Force (AGTF) ​​of Punjab Police sought help from the local police. On this, the Commissionerate Special Team (CST) - with the help of the Anti-Terror Squad (ATS) raided his room at 2.30 pm to arrest him.

Police officials said that he tried to escape, but he was surrounded by the police. The miscreant fired at the police. The gangster sustained bullet injuries on the leg in retaliatory firing by the Punjab Police. The police caught the miscreant and took him to a nearby private hospital from where he was referred to SMS Hospital.

The gunshots created panic among locals. Raj Hooda had rented a room by pretending to be a student of an educational institution. Two other students were with him. The landlord rented out the room to him without conducting a police verification.

The arrest of Ramjan Khan alias Raj Hooda after the encounter was confirmed by Punjab Police DGP Gaurav Yadav. He tweeted that the operation of Punjab Police's Anti Gangster Task Force with Rajasthan Police has been successful. He tweeted that Raj Hudda, who was involved in the murder of a Dera follower, had been arrested after an encounter.