Protest against Padmaavat has not been withdrawn: Lokendra Singh Kalvi

Several organizations with the title of Karni Sena have mushroomed after the controversy surrounding the film hogged national limelight.

Home » City Reports » Protest against Padmaavat has not been withdrawn: Lokendra Singh Kalvi 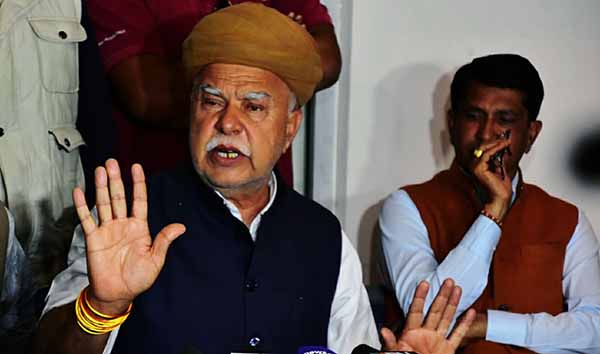 Jaipur: Lokendra Singh Kalvi who spearheaded the nationwide agitation against Sanjay Leela Bhansali’s Padmaavat rubbished the reports that the protest against the movie had been withdrawn. He said that the organization that has claimed this isn’t associated with the original Rajput Karni Sena.

Kalvi in a press conference on Saturday said that several organizations with the title of Karni Sena have mushroomed after the controversy surrounding the film hogged national limelight.

“We haven’t withdrawn the protest against the movie. Our demand for a complete ban on the movie still stands,” Kalvi said. 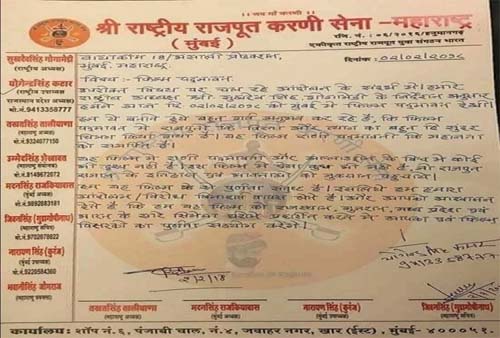 The letter that claimed that Karni Sena has withdrawn the protest against Padmaavat.

He added Rajput Karni Sena doesn’t have to do anything with the organization that has withdrawn the protest.

“We have come to know the existence of at least eight organizations that are now claiming to be Karni Sena,” said Kalvi.

An organization named Sri Rashtriya Rajput Karni Sena – Maharashtra had written to the production house of Sanjay Leela Bhansali, stating that the ongoing protest against the movie was being withdrawn.

The letter referred to Sukhdev Singh Gogamedi, a Rajput community leader as its president and stated that with his consent, the organization was withdrawing the protest. Gogamedi was however later quoted as saying in Jaipur that the protest hadn’t been withdrawn and any member of the organization who was involved in preparing this letter was being suspended with immediate effect.

“We watched the movie on February 2. We are produce to say that the movie beautifully portrays the bravery and sacrifices of the Rajputs. This film is dedicated to the larger than life character of Padmavati and doesn’t have any scene with the queen and Khilji that can hurt the sentiments of the community, so we are withdrawing the protest,” said the letter.