Protest against Naseeruddin Shah in Ajmer over his Bulandshahr statements

Shah arrived at Ajmer on Friday to attend the Ajmer Literature Festival and to interact with the students of Saint Anselm’s School of Ajmer. The Bollywood actor could not attend the festival due to protest. 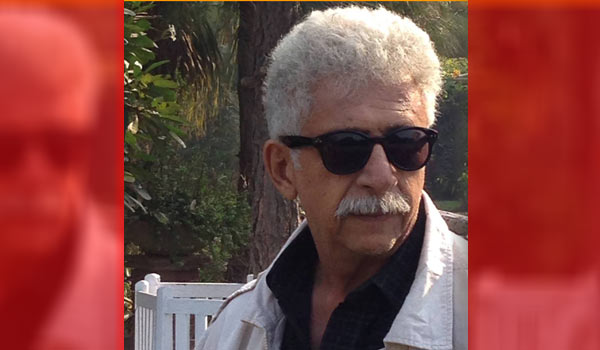 Jaipur: Some people – allegedly supporters of Bhartiya Janata Yuva Morcha – and other right-wing Hindu organizations – staged a protest against Bollywood Actor Naseeruddin Shah in Ajmer on Friday. They were protesting against the actor’s statements in connection with the alleged mob lynching of an SHO in Bulandshahr.

Protestors staged a demonstration outside the venue of Ajmer Literature festival and burned an effigy. They also damaged the posters of the event. They said that they will not let Naseeruddin Shah attend the event as he disrespected the Hindu community and India through his comments.

While interacting with the media, Naseeruddin Shah said, what I said earlier was from the point of view as a worried Indian. I have said this before also. What did I say this time that I am being labelled as a traitor? I am expressing concerns about the country I love, the country that is my home. How is that a crime?”

Earlier, Bollywood personality Naseeruddin Shah showed his concern over the recent mob violence at Bulandshahr of Uttar Pradesh and said that the death of a cow is being given more importance than the death of a police officer.

He mentioned that he is worried for his children that in future if a mob surrounds them and asks them their religion then they will have no answer. He is worried about his children’s safety in the nation. The actor was speaking to Karwan-e-Mohabbat India and expressed his concern over the Bulandshahr mob lynching case.

Inspector Subodh Kumar Singh was killed in mob violence over alleged cow slaughter in Uttar Pradesh’s Bulandshahr on December 3. Five people have been arrested so far. However, the main accused is absconding.