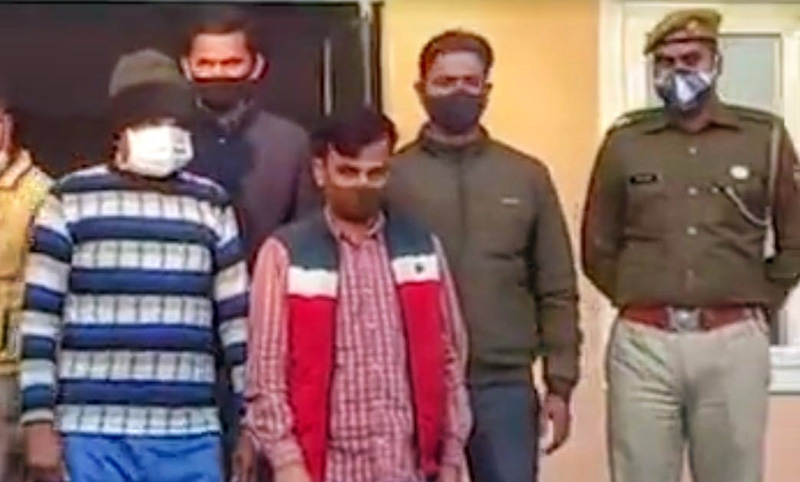 Jaipur: A day after Rajasthan special operations group (SOG) confirmed that the REET paper was leaked from Shiksha Shankul, the Congress government is once again on the back foot. Senior BJP leaders including state president Satish Poonia were quick to demand a CBI probe saying that it had become an absolute must for an impartial probe. They also accused the government of shielding the ‘real culprits’.

Ashok Gehlot-led Congress government is already under pressure due to the social media buzz over the indefinite fast being observed by Vikas Jakhar in his native place in Jhunjhunu district. He and his supporters are demanding a CBI probe into the paper leak case. Member of Parliament Kirori Lal Meena has been staging protests for the past few months making the same demand.

“The paper leak of this kind is not possible without the patronage of the Congress government. Therefore, an unbiased investigation is necessary,” said Poonia.

Deputy Leader of Opposition in the assembly Rajendra Rathod said that the SOG had accepted the leak. It’s clear that there had been irregularities on a large scale. The government should immediately hand over the investigation to the CBI.

Organized gangs, which get paper out in every recruitment examination held in the state, have flourished. These gangs have close links with politicians in power, who are playing with the future of unemployed youths by leaking papers,” said Rathore.

The SOG disclosed on Wednesday that the REET paper was leaked from the strong room of Shiksha Shankul in Jaipur.