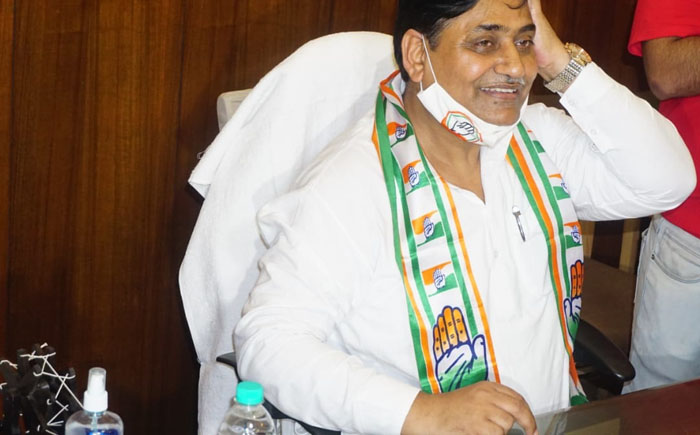 Jaipur: Govind Singh Dotasara on Wednesday assumed the office of Pradesh Congress Committee president. His predecessor Sachin Pilot who lost the post of PPC chief as well as that of Deputy Chief Minister amid the political turmoil in Rajasthan congratulated Dotasara on Twitter. Pilot tweeted that he hoped Dotasara would meet the expectations of the party workers who toiled hard to ensure a victory in the assembly elections for the Congress. He also said that he hoped Dotasara would work without any biases.

Chief minister Gehlot said during the ceremony that the MLAs who have betrayed the party are still welcome to return.

“They should apologize to the party high command. We want that they don’t betray the trust of people. The conspiracy to topple the government using all means including the support from the central government, money and power has been exposed. We want to call an assembly session. I have written a ‘love letter’ to the Governor for the third time. Don’t know what he wants,” said

Meanwhile, the ongoing conflict between state government and the Rajasthan Governor is yet to come to an end. Governor Kalraj Mishra turned down the plea of chief minister Ashok Gehlot to call a state assembly session.

A spokesperson of the Governor House said that there was no point in calling an assembly session when the COVID-19 spread is breaking all records in Rajasthan. As many as 200 MLAs and over 1000 officials and employees have to be present in the assembly. Chief minister Ashok Gehlot visited Governor House on Wednesday after the Governor turned down the state government’s plea.