A 17-year-old boy, identified as Ajay Nayak, drowned in a pit allegedly dug up in Amanishah Nullah for the ongoing Dravyavati River Project in Banipark area 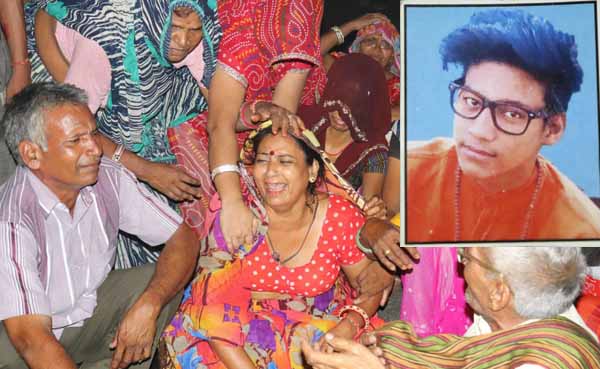 Ajay Nayak who drowned in Amanishah Nullah. A pit had been dug up for Dravyavati River Project.

Jaipur: A 17-year-old boy, identified as Ajay Nayak, drowned in a pit allegedly dug up in Amanishah Nullah for the ongoing Dravyavati River Project in Banipark area on Friday. The family members of Ajay and their neighbours blocked a road at Ambabari Tiraha accusing the administration of negligence. They placed the body of the boy on the road and staged a sit-in. When the police tried to remove them from the road, they started pelting stones, forcing the cops to resort to minor lathicharge to disperse them. Traffic jam was reported on the roads leading to Chomu Pulia. 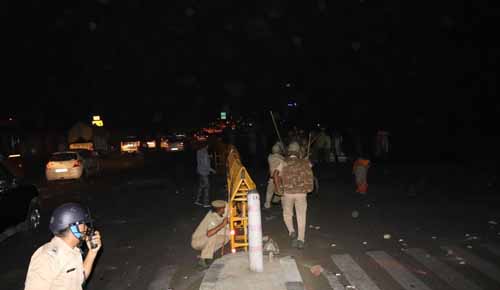 His footwear was found near a pit dug up in Amanishah Nullah for Dravyavati River Project. People spotted a body found floating on the water. The family members informed the police control room following which a team from Banipark police station was rushed to the spot.

The body was fished out of the pit. The family members identified the victim as Ajay Nayak.

The police are investigating as to whether the body accidently fell into the pit or some foul play is involved.

The family members were distraught. They gathered at Ambabari Tiraha in the evening after placing the body on the road, causing traffic jam. When the police tried to remove them, they started pelting stones.

The police then dispersed the crowd and brought the body to the mortuary of a hospital. The situation was under control when the reports last came in.