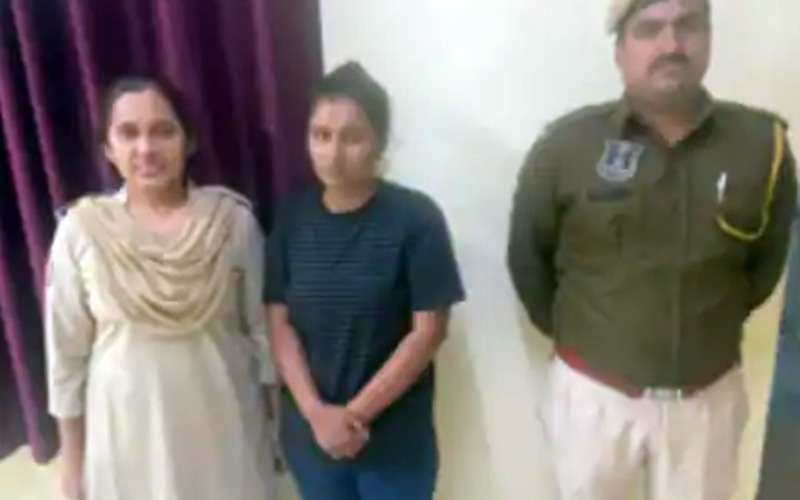 JAIPUR: After the arrest of the wife and girlfriend of senior teacher recruitment exam paper leak mastermind Bhuprendra Saran, it is evident that the criminals are amassing huge wealth by selling fake degrees, mark sheets and exam papers.

Many fake mark sheets and degrees from different universities have been recovered from Bhupendra Saran’s girlfriend Priyanka Vishnoi and wife Elchi Saran.

A joint team of Udaipur and Jaipur police has been formed to arrest absconding masterminds Suresh Dhaka and Bhupendra Saran in this case.

Bhupendra Saran’s girlfriend Priyanka Vishnoi was arrested from a house in Gitanjali Colony in Mansarovar. It’s a rented house. Bhupendra pays the rent.

It has come up during preliminary investigation that these mark sheets are fake and were prepared by Bhupendra Saran and his brother Gopal Vishnoi. Priyanka allegedly confessed that she was keeping these mark sheets with her on the instructions of Bhupendra and used to sell them to others.

Now the police are trying to find Bhupendra on the basis of Priyanka’s call details. Bhupendra is married. The possibility of Priyanka’s involvement in the paper leak case is also being probed.

Bhupendra’s wife was arrested from the house near 200 Feet Bypass of Jaipur. From here also, the police seized a large number of fake mark sheets and degrees.