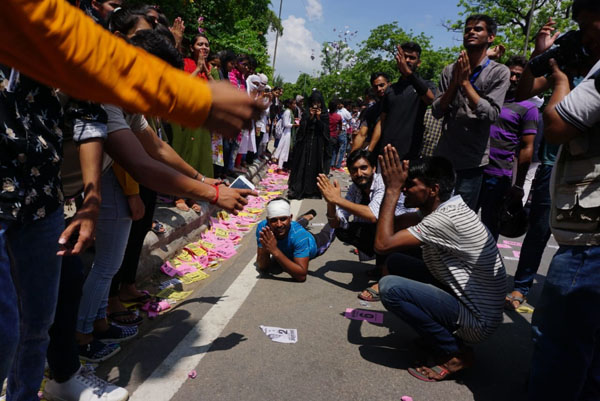 Candidates pleading before the voters during the voting in Rajasthan University on Tuesday.

Jaipur: The voting for the Rajasthan student union elections 2019 at all the government universities and their constituent colleges in the state came to an end at 1 pm. The Rajasthan University (RU) reported a voter turn-out of 50.53%. Of the total 23563 voters, 11907 cast their votes. The highest voter turn-out was reported in Law College at 87.81%, while with 39.95 percentage, the voter turn-out was the lowest in Maharani College.

The voting began at 8 am and ended at 1 pm. The voting took place at  all the 10 universities, over 200 government and 1000 private colleges in the state. The counting of votes will begin from 11 am on Wednesday. The results will likely come out on the same day.