NSUI leader attacked with knifes on roadside in Jaipur, battling for life in hospital 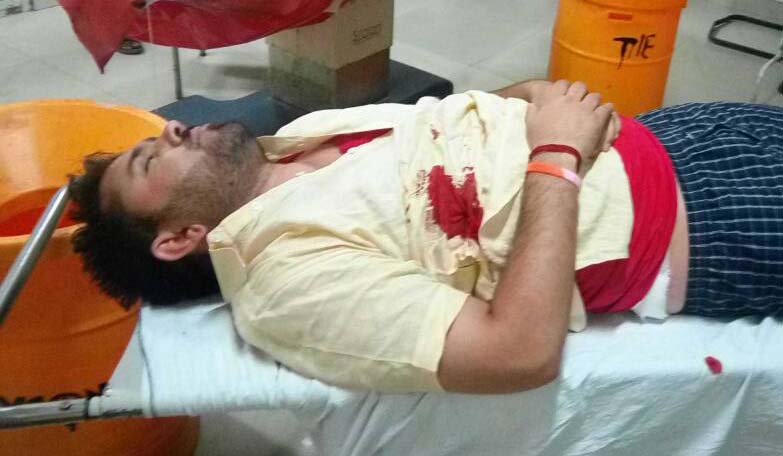 Jaipur: Hussain Sultania, a student leader associated with NSUI in Rajasthan, was stabbed by unidentified bikers in Jaipur’s Shashtri Nagar on Saturday morning. He was rushed to SMS Hospital’s Trauma Centre where he is undergoing treatment.

Sultania and his friend were on their way to Panipech from Jhotwara in a car when the incident occurred, according to his friends,

When the car reached Ambabari area, Sultnia received a call. He parked his car off the road to speak to the caller on the cellphone when four people on two bikes came there. They were armed with sticks and knives.

The attackers first damaged the front glass of the car and then attacked Sultania with knives.

He sustained knife injuries on his chest.

An FIR has been registered against four unidentified men for the attack.

Police said that an investigation has been launched.

Sultania was admitted in the ICU and his condition is stated to be out of danger.

The police have not ruled out the possibility that the attack was a fall out of political rivalry.

Elections for various posts in NSUI’s Rajasthan unit are around the corner and Sultania is a strong contender for the top post.