No alliance with RLP in Rajasthan local bodies election 2019: BJP 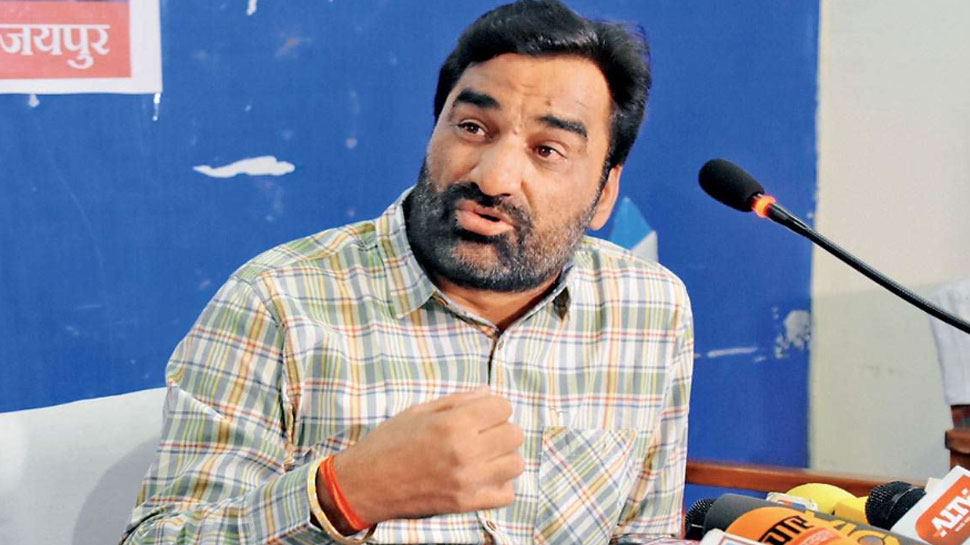 Jaipur: The BJP will not form an alliance with Hanuman Beniwal-led RLP for the local bodies election in Rajasthan. The decision was taken in a meeting held to discuss the strategy for the elections at the BJP headquarters in Jaipur on Tuesday.

State BJP president Satish Poonia said that the party has its own voter base in the state and there is no need to form an alliance with RLP or any other regional parties. Sources said that the decision was taken in the wake of Hanuman Beniwal’s allegations that Vasundhara Raje helped the Congress candidate in Khinwsar by-election even where there was an alliance between the BJP and RLP. Poonia had rubbished these allegations and warned Beniwal not to make such baseless statements.

Poonia said that Hanuman Beniwal should use dignified language against the BJP leaders.

“We made every possible effort to ensure the victim of the RLP candidate in Khinwsar,” said Poonia. He added that Beniwal has sought an audience with him.

The RLP is celebrating its first foundation day on Tuesday. The BJP had formed an alliance with the RLP in the 2019 parliamentary elections and didn’t field its candidate for Nagaur constituency. Hanuman Beniwal had fought the election as an NDA candidate and won by a huge margin. The alliance continued in the assembly by-election in Khinwsar. Again RLP candidate Narayan Beniwal – the brother of Hanuman Beniwal – won, but not with a good margin. It was when Beniwal alleged that former chief minister Raje had left no stone unturned to ensure the defeat of his brother and went to the extent of roping in Yunus Khan to help the Congress candidate.