NEET 2019: Mop-up round begins in Rajasthan; over 12,500 students to participate 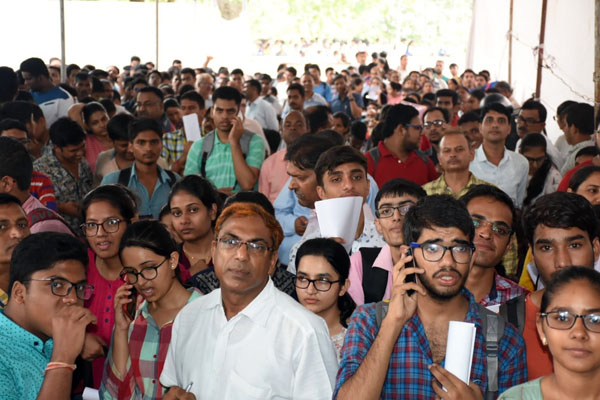 Mop-up round for NEET 2010 held today in Jaipur.

Jaipur: NEET counselling 2019 for the admission in the government and private medical colleges in Rajasthan began on August 24 in compliance with the Rajasthan high court orders.

The Rajasthan high court had earlier stayed the mop-up round. On Thursday, a single bench of the court vacated the stay and gave the state government its nod to follow the decision taken by the board of governors of the medical council of India (MCI) in this regard. The court directed the state government to complete the admission process by August 31.

Some candidates had approached the high court seeking stay on the mop-up round. They stated in their petition some discrepancies in the counselling for MBBS and BDS seats in medical colleges will lead to meritorious students not getting seats in top medical colleges as per merit.

The court ordered a stay and asked the NEET board not to go ahead with the revised mop-up round proposed on August 17 and 18 but to hold a second round extension on August 19.