Children of prominent doctors, builders and businessmen paid the money. 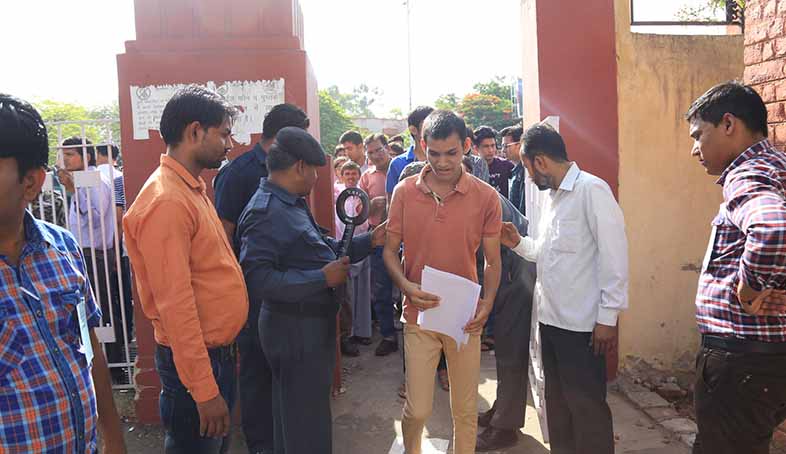 Jaipur: Two days after busting a racket involved in ‘leaking’ NEET-2017 paper, Rajasthan anti-terrorist squad (ATS) revealed that the gang members had been paid hefty amount of money by children of prominent doctors, builders and businessmen for admission in medical colleges.

It came up during preliminary investigation that each of these students paid the gang members Rs 30 lakh to get admission in medical colleges.

Sources said the racket had active in the medical education field for the past 10 years.

The students were released after questioning by the ATS.

Officials said that they would be made to testify against gang members during the trial.

ATS busted the interstate gang of criminals involved in leaking medical entrance exam papers and also duping aspirants of lacks of rupees by promising them a place on the merit list on Sunday.

The ATS arrested five members of this gang including an employee of the state government’s animal husbandry department and members of medical mafia in Delhi.

Officials said that the possibility of some medical colleges’ involvement in the racket is not being ruled out.

Those who were arrested are Vikram Singha, his brother   Vikas Kumar Sinha, Bhupendra Sharma, Ashok Gupta and Rahul. Vikram and Vikas was living in Sun & Moon Apartments in Vidhyadhar Nagar’s Sector – 5. They hail from Savitri Nagar in Delhi. Bhupendra Sharma was an employee at the state government’s animal husbandry department.

The gang was selling papers to NEET aspirants through an office – Edu Guides and Edu Target Consultancy Private Limited – in Jaipur’s Ganpati Plaza. The paper seized from this gang was, however, found not to be matching with the actual paper.