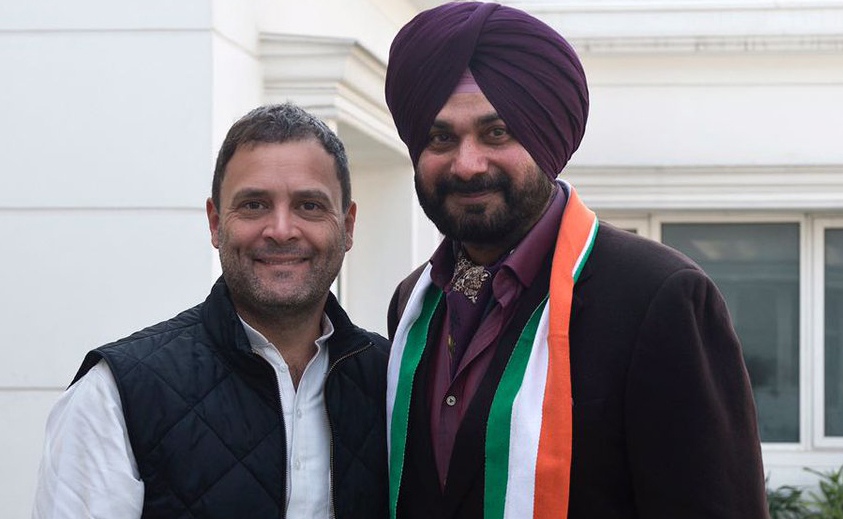 Congress to use Navjot Singh Sidhu as a star campaigner in Punjab assembly elections.

New Delhi: Cricketer-turned-politician Navjot Singh Sidhu formally joined Congress on Sunday. Sidhu met Congress vice president Rahul Gandhi and announced his decision ahead of assembly elections in Punjab. The Congress will likely use him as a star campaigner as he is scheduled to address more than 70 rallies in the coming days.

Beginning of a new inning. On the front foot........ Punjab, Punjabiyat & every Punjabi must win !!! pic.twitter.com/up0WzzoaxJ

Speculations about Sidhu joining Congress were rife since he left Bhartiya Janata Party in September, 2006. He met Rahul Gandhi several times in the past four months. Sidhu was into negotiation with AAP also. The party had offered him the post of deputy chief minister if it wins with a majority. The negotiations, however, failed. His Sunday meeting with the Congress vice-president was second in the last four days. The Congress has promised the Amritsar East seat for Sidhu where his wife Navjot Kaur is a sitting legislator. Some of his supporters are also likely to get tickets for contesting in the assembly elections. Sidhu had demanded that he be made deputy chief minister if Congress comes to power in Punjab. Whether Congress agreed to his demand is yet unclear. Congress spokesperson Randeep Singh Surjewala said, “the party welcomes Sidhu into the Congress family and we thank Congress vice president for his visionary approach in bringing together like-minded people on a common platform under the Congress umbrella. Sidhu has won Lok Sabha elections from Punjab for three consecutive terms since 2004. His entry into the Congress will strengthen the party’s hold among voters in the state.

Surjewala said: “… Known for his straight talking, ideological commitment to the cause of Nationalism as also wit and humour, we are certain that Congress Party will be immensely strengthened in Punjab and elsewhere with the entry of S. Sidhu.”
Follow @ThePinkcityPost