A group of robbers broke into businessman Mukesh Mittal’s house located near Mooti Doongri of Alwar city around 10:30 pm on Sunday. The accused were armed with guns and knives. 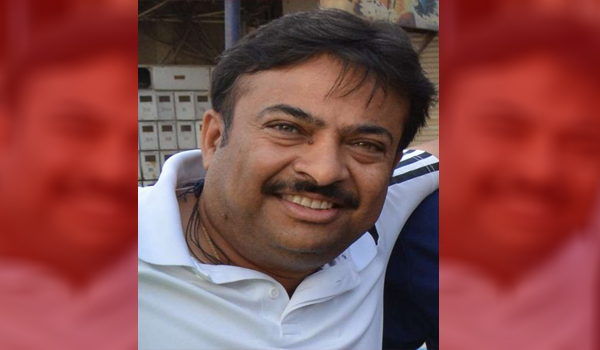 Mukesh Mittal who was kidnapped

Jaipur: Automobile showroom owner, Mukesh Mittal, who was kidnaped from his house in Alwar around 10:30 pm on Sunday, was found in Budh Vihar area nearly 16 hours after the incident.

Police found Mittal’s car near Dhobi Ghataa area. The kidnapers had used this car as the getaway vehicle. The kidnappers had to release Mittal as the cops launched a massive hunt for them. The police have arrested four kidnappers from Tatarpur area in Alwar.

According to preliminary reports, Mittal was released by kidnappers a few kilometers from the place where he was kept hostage on Sunday night. He asked a biker to drop him at his house. His family members were elated when they saw Mittal walking into the house safe and alive.

According to the police, a group of robbers broke into businessman Mukesh Mittal’s house located near Moti Doongri of Alwar city around 10:30 pm on Sunday.

The accused were armed with guns and knives. They tied up his family members and took away cell phones with all the keys of the household. Robbers looted Rs 4 lakh and other valuables from the house. The criminals then kidnapped Mittal at gun points and got away with him in the victim’s car. The family members informed police following which a search was launched for the businessman.

The members of the traders’ community in Alwar, relatives and police officials thronged Mittal’s house on Monday morning. The cops were not able to find Mukesh Mittal for 14 hours.

The kidnappers had conducted recee of the house, suspect police. As soon as they entered the house, they directly went to Mittal’s bedroom and took him hostage. Mukesh owns a Maruti Suzuki showroom in Alwar.