The pilots didn’t eject from the fighter plane even when it had caught fire because they were flying over a residential area. 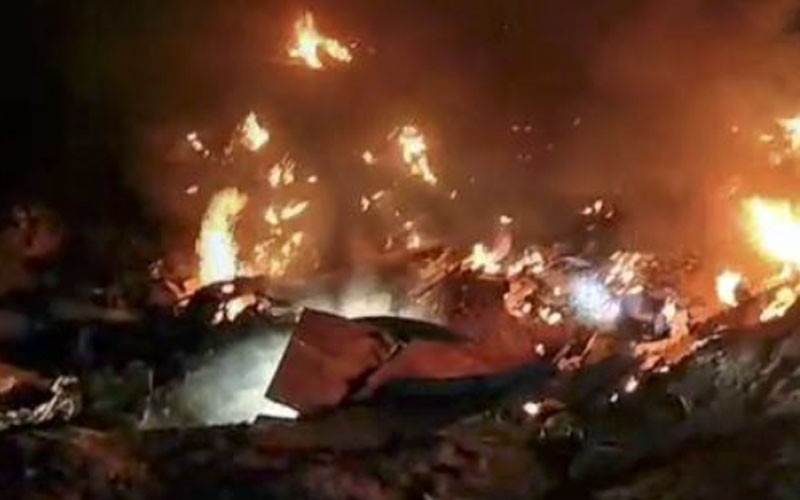 A video grab of MiG-21 crash in Barmer.

Jaipur: The two pilots who died in the MiG-21 crash in Barmer district saved the lives of hundreds of people.

They didn’t eject from the fighter plane even when it had caught fire because they were flying over a residential area. They managed to fly the aircraft to a secluded area before the crash. The crash could have been catastrophic, had taken place in the nearby villages.

The Indian Air Force has launched an inquiry into the crash.

The aircraft took off for a routine training exercise from Utarlai. It is suspected that it developed a technical snag and caught fire in the air.

Both the pilots who were also aware of the fire flew the MiG away from the village and crashed in the nearby sand dunes. The residents of nearby villages heard an explosion.

The local villagers told media persons that the plane had caught fire in the air and hovered over the village for a while. On seeing the population below, the pilots headed towards the sand dune, where it crashed.

Another villager who witnessed the incident said that they saw the burning aircraft. Panic spread throughout the village and it seemed the burning object would fall in the residential area. Then it moved away and the villagers heard a deafening explosion.

Some villagers ran towards the explosion realizing that the pilots could be in the aircraft.

The crash caused a pit with a depth of about 12 feet in the dunes near Tala village of Bhimda Gram Panchayat. The debris was scattered within a radius of 500 metres. People tried to extinguish the burning aircraft, but it was too late.