Meet the 3 UPSC 2018 toppers from Jaipur 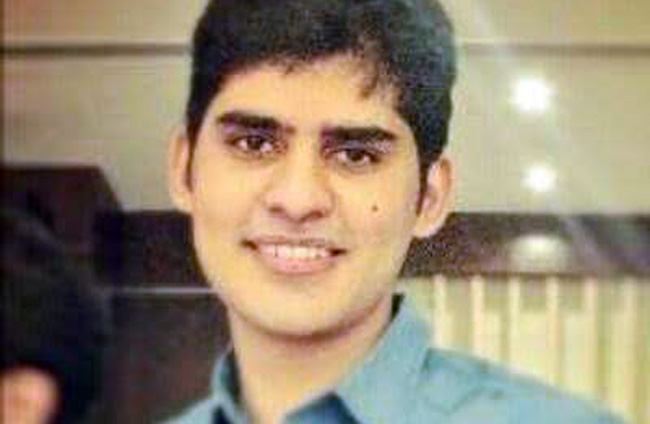 Kanishka Kataria who topped UPSC 2018 is from Jaipur

Jaipur: Three out of top 10 in the recently declared results of UPSC 2018 are from Jaipur. The results were announced on Friday evening. Kanishak Kataria, who hails from Jaipur, has topped the country while Akshat Jain of Jaipur has secured the second rank.

The other two achievers from Jaipur such as Shubham Gupta and Khushboo Lather secured 6th and 98th rank respectively.

Kanishka Kataria has done BTech from IIT Bombay and opted for mathematics as his optional subject. He belongs to Jaipur and is currently working as a data scientist. Previously, he has been a member of institute’s placement cell.

Kanishak Kataria thanked his family members and his girlfriend for their moral support in an interview with the media persons. He did not expect to get first rank though he said that his interview went good.

Kanishak’s father Sawarmal Verma is an IAS officer and is the director of social justice department. Mother Suman Verma is a housewife. Sister Dr Tanmaya Kataria is pursuing MS from SMS Medical College in ENT. Kanishak’s grandfather is also an RAS officer.

He is a native of Jaipur. Akshat’s father DC Jain is an IPS officer and currently serving as the joint director in the Central Bureau of Investigation (CBI), New Delhi.

Akshat studied in Jaipur’s India International School and scored 94% in Class 12. He did Bachelor of Design from Indian Institute of Technology, Guwahati, and took the first attempt at CSE in July 2017, a month after he graduated from the IIT.

Akshat has a younger brother, who is studying in the USA.

Akshat said  that he didn’t even expect to find his name on the merit list.

23-year-old Shubham Gupta belongs to Jaipur and is already an official at Indian Audit and Accounts Service (IA&AS). He cracked IAS in his fourth attempt. He is the son of a businessman. He said that he always aspired of serving the nation and its people.

Khushboo, a resident of Jaipur is already undergoing her training as an Indian Revenue Service official at Nagpur, after securing 285 all India rank in 2018. She earlier worked in a bank at Gurgaon.

Union Public Service Commission released the results of the written part of Civil Services Examination, 2018 on the official website upsc.gov.in. on Friday evening.

In a statement, the UPSC said a total of 759 candidates (577 men and 182 women) have been recommended by the Commission for appointment to various services like IAS, IPS, and IFS.