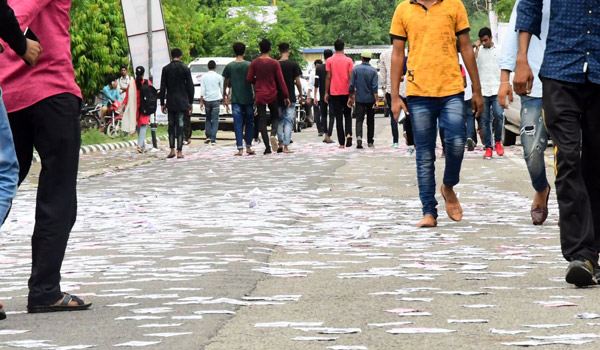 The PinkCity Post will keep you updated with the latest developments and trends as the counting of votes takes place for RU Election 2018.

1:11 PM
Lokesh Godara of ABVP has been elected president.

11:31 AM (IST)
NSUI registered its first win at Sankrit College. The counting has begun

High security arrangements have been made by the administration to ensure peaceful counting of the votes. Police force has been deployed to keep a tab on law and order situation on the campuses.

Counting of votes will take place in 24 rounds. Only the candidates and employees will be allowed to enter the booths where counting will take place.

Independent candidate Manish Poonia was elected president of the MDS University in Ajmer last year. He defeated Chaina Ram of ABVP by more than 200 votes. Neha Kumari bagged the post of general secretary, while Namish Jain was elected vice-president and Bhupendra Singh declared winner for the post of joint secretary.
For live updates stay tuned.