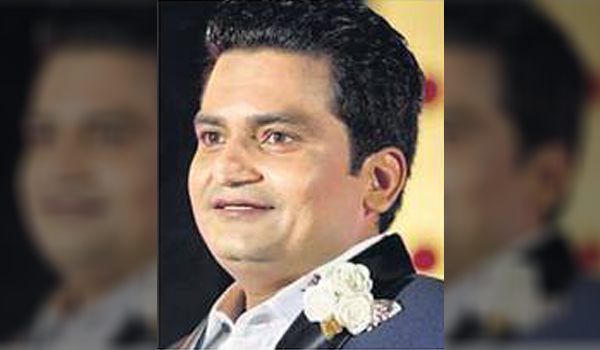 Jagdish Bishnoi who was arrested from Gurugram

Jaipur: A man identified as Jagdish Vishnoi, was arrested from Gurgaon for allegedly defrauding people of Rs 8 crore in the name of unrealistic returns on their investment.

The accused used to promise to double the investment amount in just eight months. Jawahar Nagar police brought Jagdish Bishnoi to Jaipur from Gurgaon late on Thursday. The police had announced a cash reward of Rs 5,000 on his head. Jagdish has seven cases registered against him with Pratap Nagar police station, one with Chandwaji, one with Jawahar Nagar and one with Shiprapath.

“Jagdish has several cases of fraud registered against him with various police stations in the city. We got a tip off that he was hiding in Gurugram. A police team was rushed there and arrested him. He was brought to Jaipur on Thursday night and is being interrogated,” said DCP Gaurav Yadav.

Jagdish Vishnoi is a resident of Raisingh Nagar in Ganganagar and lived in NRI Colony in Jaipur’s Pratap Nagar. He disappeared after people started registering FIRs against him. One of the FIRs registered with Jawahar Nagar police station was related to selling a piece of land fraudulently.

Jagdish Bishnoi opened a company by the name of Bullman.in to dupe people in the name of unrealistic returns on their investment nearly one and a half years ago.

“It was an MLM company. People were asked to invest anywhere from Rs 5,000 to Rs 45,000 and add more members for a referral commission. He duped nearly Rs 8 crore. When people didn’t get their returns and visited company’s office in Pratap Nagar, they found him missing following which FIRs were registered,” said a police officer.