This weird incident in Jaipur has embarrassed the police. 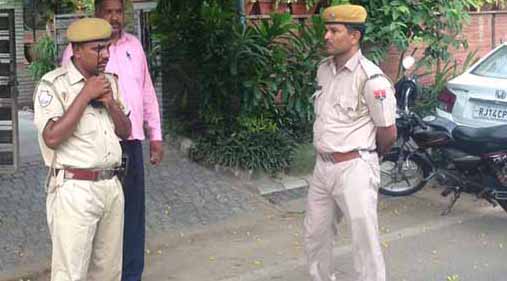 Jaipur: A man whose bag was stolen from a marriage garden went to a police station in Jaipur to register a complaint and when he came out, he was shocked to find that his car had been stolen from the police station’s parking.

The weird incident has embarrassed the cops as they couldn’t find the thieves even after launching a massive manhunt for them. Police barricades were put up across the city, but to no avail. The police are yet to trace the criminals.

The victim was Ali Hasan Panwar, a resident of Swej Farm in Jaipur. His son is to get married on January 5, so he and his family members were visiting a marriage garden on JLN Marg in Malivya Nagar. They were planning to book the venue for the wedding function.

Meanwhile someone stole a bag from Ali Hasan’s car parked outside the marriage garden.  When he found the bag missing, he drove to Malviya Nagar police station to register a complaint.

Embarrassed cops of Malviya Nagar police station launched a search for the thieves.

“The possibility that the same people who stole the bag also stole car can’t be ruled out. It’s possible that the thieves followed Ali Hasan to the police station and when he was registering a complaint, they took away the car,” said the officer.