The incident was caught on CCTV. The man sustained serious head injuries and died on the spot. 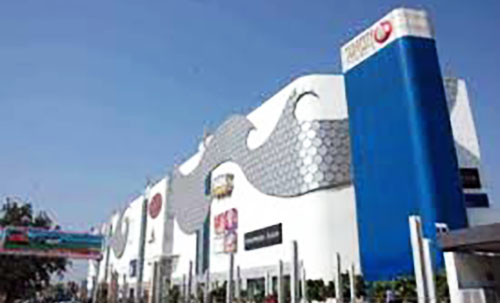 Jaipur: A man allegedly committed suicide by jumping off the third floor of the Hyper City Mall – formally known as Triton Mall – in Jhotwara area of Jaipur on Friday night.

The man shocked everyone after suddenly jumping off the third floor. The incident was caught on CCTV. The police were trying to identify the man till the reports last came in.

The incident took place around 11.30 pm. The man was holding on the railing. He removed his slippers and then suddenly jumped off the third floor.

He sustained serious head injuries and died on the spot. A police team from Jotwara police station rushed to the spot after getting the information by the mall authorities. No suicide note was found from the spot. The man was wearing a T-shirt and jeans. He is believed to be around 30 years old. The body of the man has been put in the mortuary of a hospital. The post-mortem examination will be conducted after the police make identification.

“We are yet to make the identification.  Further investigation is going on,” said a police officer.

The mall had hit headlines on the Valentine’s Day last year when a jilted lover threw acid on a 26-year-old woman. The woman who worked as a housekeeper at the mall sustained serious burn injuries.