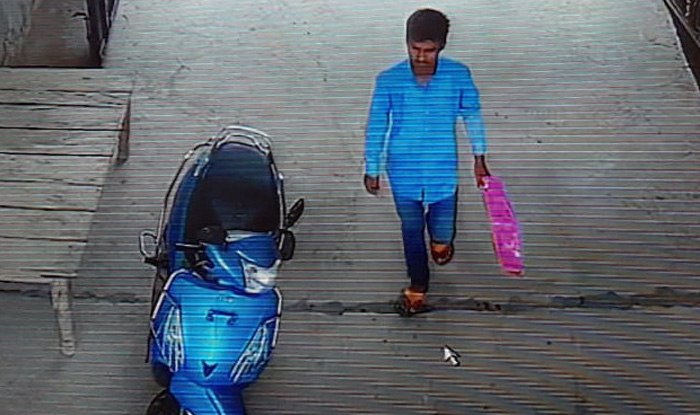 The shooter caught on CCTV at MLA's house.

Jaipur: A man took out a gun and attempted to fire at Congress MLA Bharosi Lal Jatav while the latter was conducting a public hearing at his official residence in Hindaun town of Karauli district, according to preliminary reports. The gun malfunctioned and didn’t fire in a narrow escape for the legislator. The man fled from the scene after the assassination attempt failed. The panic gripped the town as the news spread quickly.

According to preliminary reports,  Bharosi Lal Jatav was holding a public hearing in his residence’s meeting hall. A youth entered the meeting hall and took out a pistol. However, it malfunctioned after the magazine got ejected. The youth kept pulling the trigger but failed. Before anyone in the meeting room could grasp the gravity of the situation, the youth picked up the gun magazine and fled from the spot.

Senior police officers rushed to the spot and examined the footages of CCTVs installed at the MLA house. A youth wearing blue shirt was spotted. Sources said that the youth has already been rounded up and questioning with him is going on. However, there was no official confirmation about this. The cops are trying to find out why the accused man attempted to kill the legislator.

In a complaint filed by the MLA, it has been stated that the incident took place at 8.20 am. The people who were attending the hearing attempted to get hold of the youth, but he fled. Further investigation is going on.