Major fire breaks out at cooler warehouse in VKI 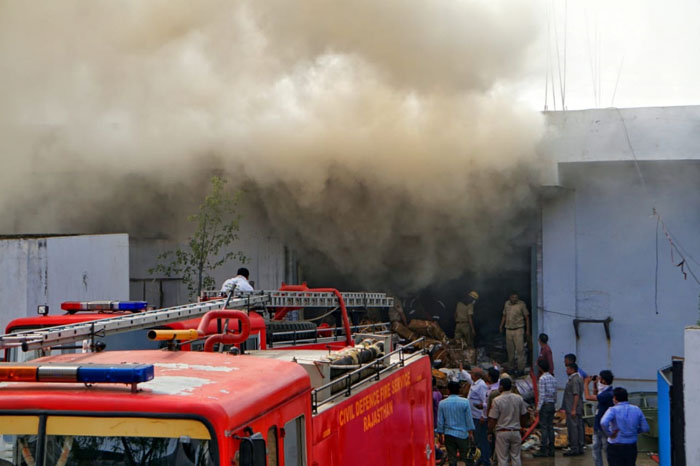 As many as 12 fire tenders were pressed into service after the flames began to leap out of the warehouse. The fire department officials claimed coolers were stored inside the warehouse which included some highly inflammable products like dried leaves and carboards.

“Luckily, no one was present inside the warehouse when the fire swept through the building,” said an official.

The fire triggered a wave of panic in the areas where major industries and manufacturing units are located at close proximities.  The entire fire department was put under alert and fire tenders from Banipark, Mansarover, Malviya Nagar, and Ghathate stations were summoned to the area.

The officials said reasons behind what caused the major fire remains unknown, however, they did not rule the possibility of a suspected short-circuit wrecking the havoc in the area.

“It is a major industrial area; therefore, we have taken extra caution otherwise fire can engulf nearby units because of heavy winds,” the official said, adding that firefighting was underway and the department will contain the flames very soon.