Lives not forgotten: This video is an open letter to Jaipur administration

Seven lives lost due to the failure of the system over the past three months!

Home » Community » Lives not forgotten: This video is an open letter to Jaipur administration 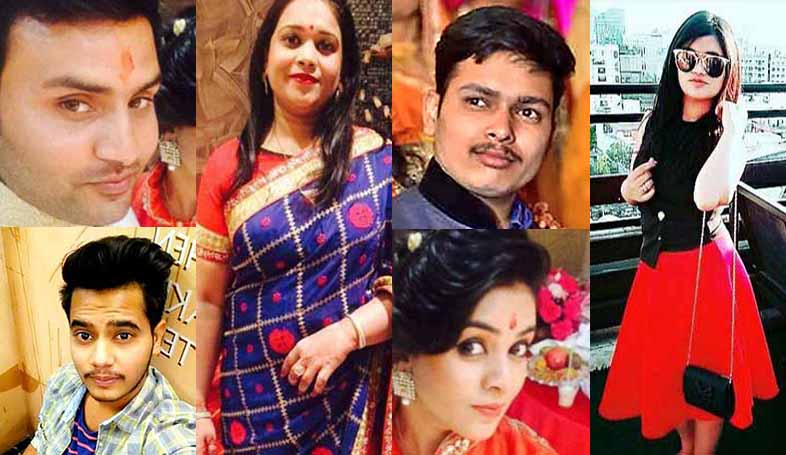 Seven victims whose lives were lost due to negligence of the Jaipur administration.

To whoever (in the administration) it may concern Dear Sir/Madam Exactly three months ago on this day, five lives were lost at Chomu House Circle in Jaipur. They included a couple who had just recently got engaged and was looking forward to spending life together. Do you still remember Rahul, a young jeweller, and Roshani, a budding fashion designer? Well if you don’t, let me refresh your memory. Rahul, Roshani and three others including two teenagers were killed by an overloaded truck that fell over their car and buried them alive. Their family members cried foul, accusing you guys of negligence. An overloaded truck was allowed to enter a restricted area. You guys had your heads buried in the sand. You were negligent, they said. But you didn’t even say sorry! Neither did you pay any attention to the wailing and cries of the family members. But that’s fine. What could you have at least done is to ensure that no more lives are lost due to your negligence. But see what happened!!! 19-year-old Vishal was killed, while a college girl of the same age escaped death by a whisker when a low-floor bus lost control at University Tiraha on August 23. The accident happened due to brake failure. The poor girl was dragged under the bus for nearly 30 feet. And it was her sheer luck that she got away with only injuries and is alive today. But Vishal was not so lucky. He was standing on the roadside and simply died on the spot. Everybody in the administration is aware of the pathetic condition of the low floor buses in the city. But nobody is bothered. Two days after this incident, 22-year-old Ayush Garg – a CA student - was swept away by Kartarpura Nullah. You would say that he paid for his mistake.  He didn’t realize the water level was high and tried to drive through the bridge. But before you blame him, can you tell me why there was no railing on both sides of the bridge? The same bridge is submerged in water during every monsoon season. Even the thought that there could exist a bridge without a railing seems ridiculous (and, horrifying at the same time). What kind of a smart city is Jaipur? And what are you guys spending hundreds of crores of tax payers’ money on? You must have forgotten these deaths, but I won’t. They were victims of the system’s failure. I have created this video, just to emphasize on the fact that we would keep demanding justice for these departed souls until you pay heed.
https://youtu.be/rpvMBnpxjeA
I pray that no more lives are lost due to your negligence. Ameen! Yours sincerely, A Jaipurite!
Follow @ThePinkcityPost