Police officials said that the woman’s husband had died in a road accident three months ago. She was depressed over this. The police are investigating whether she took the extreme step for this reason.

Jaipur: A lady police constable, identified as Seema Choudhary, first hanged her 4-year-old daughter from the ceiling of her residential quarters and then committed suicide by hanging herself in the Police Lines in Bikaner on Sunday. Police officials said that the woman’s husband had died in a road accident three months ago. She was depressed over this. The police are investigating whether she took the extreme step for this reason.

Circle inspector Dhirendra Singh Shekhawat said that Seema had been transferred to Bikaner police lines from Pali nearly a month ago. She was staying in Police Colony in Karani Nagar in Bikaner with her four-year-old daughter Vanshika.

The family members of the woman were worried over her condition. 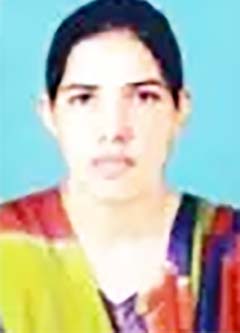 “In fact, her mother was staying with her because they knew that she was not keeping well after the death of her husband in the accident. The mother had gone to her village two days ago following which Seema was alone at her government quarters,” said a police officer.

Seema’s brother and brother-in-law had also come to Bikaner to visit her, but they were also not home.

“They had gone to the market to take Seema’s two wheeler to a mechanic. When they returned home, they found her room bolted from outside. They knocked on the door and when she didn’t open, they had to break the lock to gain entry. They found Seema and Vanshika hanging and informed the police,” said a police officer.

Police officials said that Seema first hanged her daughter and then hanged herself also. A police got their bodies down and took them to a hospital for a postmortem examination.