PCNPDT cell officials said that they were receiving complaints of illegal sex determination against Dr Mukul. A decoy operation was planned to investigate the complaints. 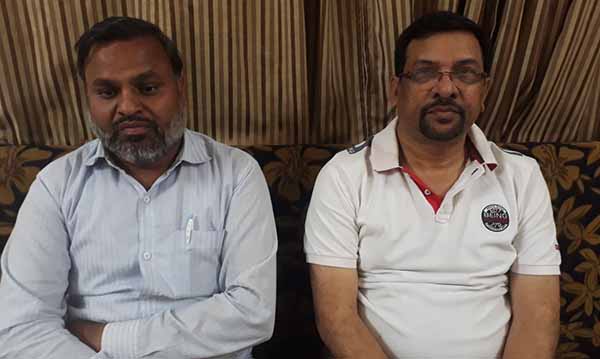 Dr Mukul (right) and a middleman were arrested for illegal sex determination test in Kota.

Jaipur: A team of Rajasthan PCPNDT cell arrested Radiologist Dr. Mukul Cocasse and a middleman for illegal sex determination in Kota on Tuesday. Doctor Mukul runs a registered sonography center in Kota, according to officials. The middleman has been identified as Ameen Mohammed.

PCNPDT cell officials said that they were receiving complaints of illegal sex determination against Dr Mukul. A decoy operation was planned to investigate the complaints.

A decoy woman contacted Ameen Mohammed on his cellphone and told him that she wanted to know the sex of the fetus. Ameen asked the woman to come to Taleda bus stand in Bundi district. When he met the woman, he took her to a place near Circuit House in his car.

Ameen Mohammed asked his aide on Mahaveer to come to the Circuit House. He and Mahaveer accepted money from the woman and then took her to a woman doctor. They made the doctor write a referral slip for a sonography test. Then they took the woman to Suvidha Diagnostic Center where Dr Mukul was allegedly caught red-handed performing a sonography test for sex determination. Rs 15,000 were recovered from their possession. The doctor and the middleman were arrested, while Mahaveer managed to give the team a slip. A search has been launched for him.