The victim, Vishal Mewada, was a first year student at Yogiraj Polytechnic College in Kota. His father, Banwari Lal Mewada, is a marble businessman, a resident of Ramganjmandi. 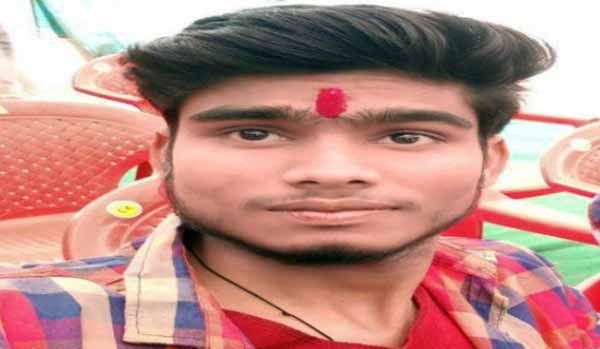 Vishal Mewara who was kidnapped.

Jaipur: A 19-year-old college student, son of a marble trader, was kidnapped and then murdered in Kota. His body was found in Borkhera area, some 40 km from Kota, on Thursday. Sources said that the kidnappers had demanded a Rs 15 lakh ransom from the family members, but slit his throat before getting the money.

The victim, Vishal Mewada, was a first year student at Yogiraj Polytechnic College in Kota. His father, Banwari Lal Mewada, , a resident of Ramganjmandi , is a marble businessman.

Vishal was staying at a rented accommodation in Akash Nagar Colony on Baran Road. He left home for college on Wednesday morning, but didn’t return. When the family members called him up, his mobile was found to be switched off. Vishal’s uncle who lives in Kota went to his rented room, but found it locked. Vishal was not found in the college as well.

Vishal’s father received a call around 11 pm on Wednesday. The caller claimed that Vishal had been kidnapped and would be released only if a ransom of Rs 15 lakh was paid.

However, his body was found on Thursday. Senior police officers including SP, Kota Anshuman Bhomia rushed to the spot with a forensic team and a dog squad. The body was handed over to the family members after a postmortem examination.

The police have launched an investigation and registered an FIR against unidentified kidnappers.