Choudhary has more than 54 criminal cases including extortion, theft, robbery, intimidation, opening fire and attempt to murder registered against him with Jaipur police, said officers. 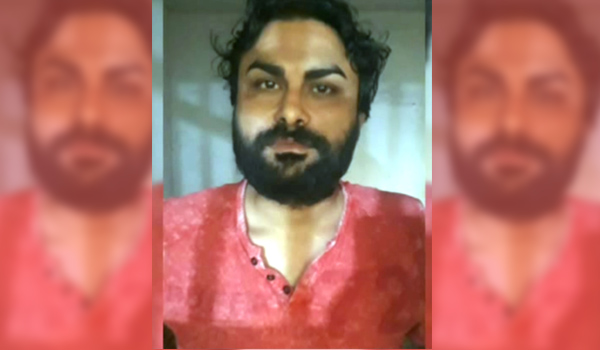 Jaipur: The Shyam Nagar police has arrested history-sheeter Vishal Choudhary from Rail Nagar. He is among the top 10 most wanted criminals of the city. He was carrying a cash reward of Rs 2000 on his head.

Vishal Choudhary is a resident of Maruti Nagar of Sanganer.

Choudhary has more than 54 criminal cases including extortion, theft, robbery, intimidation, opening fire and attempt to murder registered against him with Jaipur police, said officers.

According to the police, Vishal Choudhary opened firing at history-sheeter of Shastri Nagar police station Munna Talwar over gang rivlary near Raja Park.

The teams of Adarsh Nagar and Manak Chowk police station launched a search operation for him.

The police got a tip-off about his whereabouts near Shyam Nagar and arrested him on Saturday night from Rail Nagar.

Also, some cases of the attempt of murder and arms act are lodged against Choudhary with  Manak Chowk and Adarsh Nagar police stations.

He will soon be produced in the court, said a police officer.

In September last year, Vishal opened fire outside a hotel located in Bais Godam. He even uploaded the video showing him drunk and firing outside the Las Vegas Hotel to boast of his act. Choudhary is also accused of firing outside Sanganer Airport.