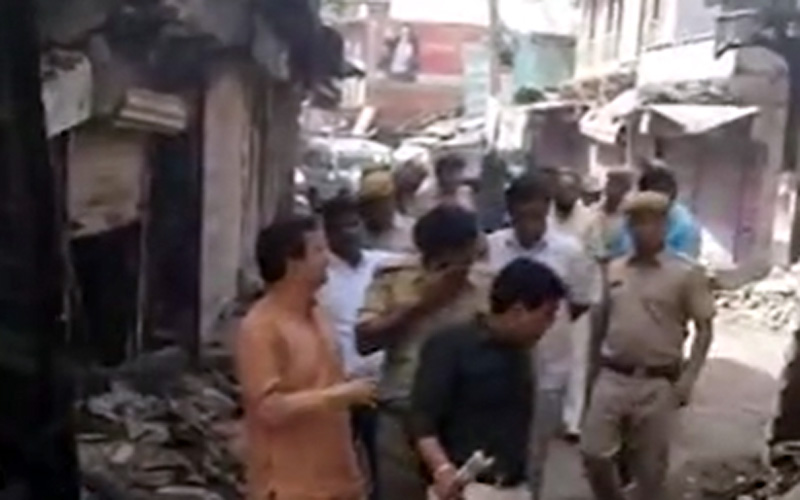 Video grab of an SFL team gathering evidence after communal violence in Karauli.

Jaipur: Two days after the district administration clamped curfew in Karauli following the incidents of communal violence, government offices and courts reported on Monday. The administration relaxed the curfew for students appearing in the 10th and 12th board examinations. The internet services were; however, remained suspended.

The senior district administration and police officers organized a peace committee meeting in which representatives of both the community participated. The officials asked them to maintain law and order, peace and harmony.

Internet services have been suspended in the district till April 4. Curfew restrictions will also continue, but it was relaxed for students appearing in examinations. They will need to show their admit cards when going to the examination centre. The officials said that at least 13 people have been arrested so far for rioting and 20 others for disturbing peace. Nearly 1500 policemen have been deployed in the town and surrounding areas.

The officials added that searches were conducted at the houses in communally sensitive areas. Stones were found on the rooftop of a house following which it was vacated and an investigation was launched.