Jaipur’s Gangaur Festival in pics: A splendid display of tradition and culture

Gangaur procession taken out with all its regal pomp and pageantry. 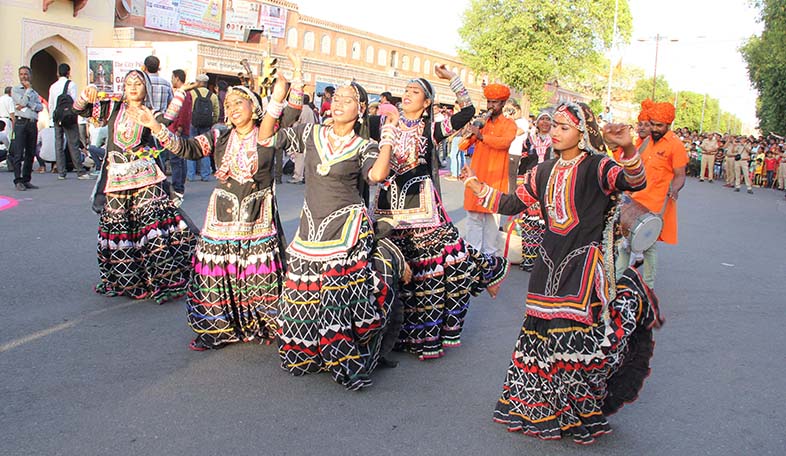 Jaipur: People come to Jaipur from all over the world to be part of Gangaur Festival. It lived up to its popularity as the traditional Gangaur procession was taken out with all its regal pomp and pageantry on Thursday. 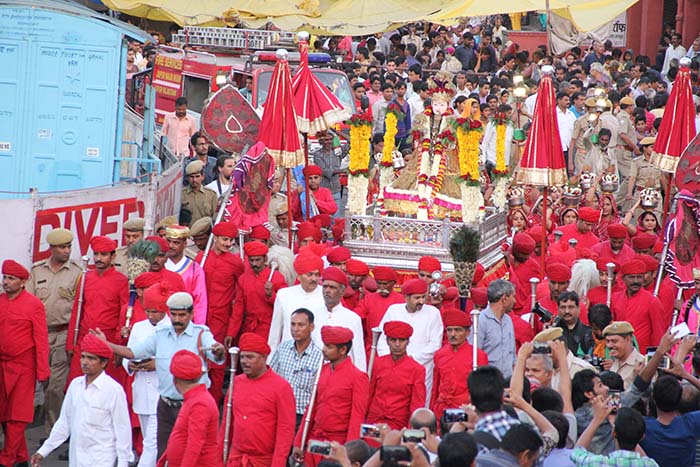 It started from the Tripoliya Gate (City Palace) on Thursday. This year the route winded its way through Tripoliya Bazaar, Chhoti Chaupar, Gangauri Bazaar and finally converged at Pondrik Park. Organized by Rajasthan tourist department, district administration, Maharaja Sawai Man Singh II Museum Trust and Jaipur Municipal Corporation – arrangements had been made for the tourists to photograph the procession from the terrace of the Hind Hotel opposite Tripoliya gate. 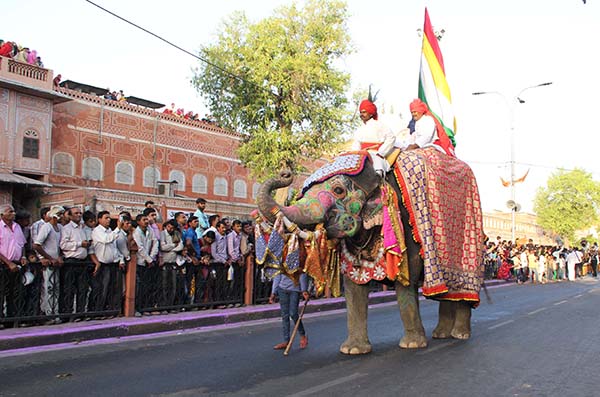 Over the years, numbers of festivals and fairs have changed in nature – however, the Gangaur procession has retained its traditional charm.  The tourists and visitors got to witness the traditional dances and performances like Kachhi ghodi, Kalbeliya, Behrupiya, Algoza, Gair, Chakri, ‘Shehnai Vadan’ among others. 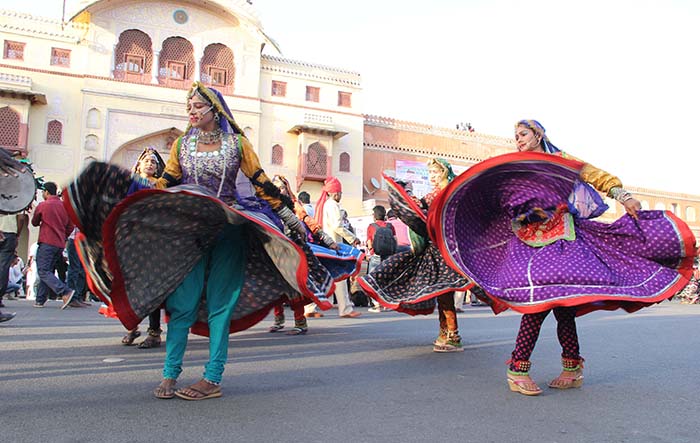 The procession also included the cannon carriage, decorated rath, ornamented horses and camels. A number of bands also accompanied the procession.  The sawari of the Gangaur was at the end of Gangaur procession followed by Dhalet chobdar, women in traditional dress with Kalash. 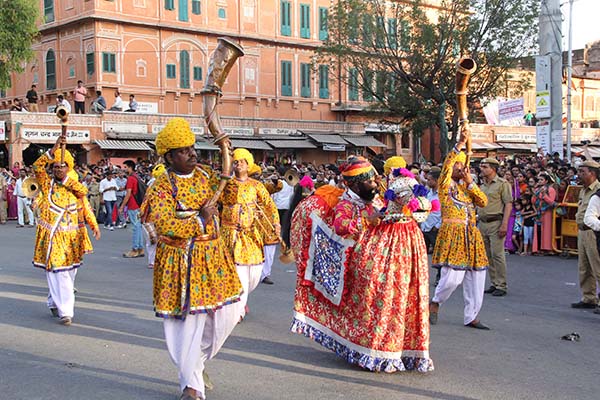 The procession will also leave on Friday at the same time.

Subscribe to WhatsApp updates for Jaipur News Click on the following link(s) to find the latest & related stories on: Gangaur Festival