Jaipurites to celebrate an indoor Holi as govt clamps restrictions 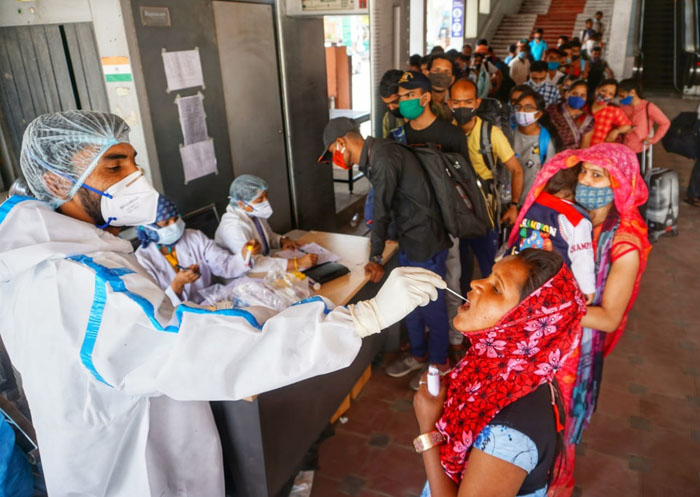 COVID-19 screening at railway station in the city. File photo

Jaipur:  The state government has issued directions prohibiting mass gatherings at public spaces to celebrate Holi and Shab-e-Barat due to a surge in covid-19 cases in Rajasthan.

The new orders bars people from playing with colors at public places including public grounds, parks, religious places, and markets. The government appealed to people to celebrate festivals at homes while following covid appropriate behavior.

Shab-e-Barat will be observed on March 28 while Holi is on March 29. The government said that decisions were taken to prevent the possibility of a second wave that could increase the daily count of covid infections in the state.

The officials have been directed to take strict action against people accused of gathering masses at public places and keep a close on markets, parks, and grounds.

For the past several days, the state has been witnessing a steady increase of corona cases across Rajasthan. On Wednesday, the state reported 669 fresh cases, the highest in this year. The government fears that if such a trend continues, the state will have to brace the furry of a second wave that could lead to even more restrictions. Chief Minister Ashok Gehlot had already warned people to abide by COVID-19 safety protocol, otherwise, the government could consider stricter norms.