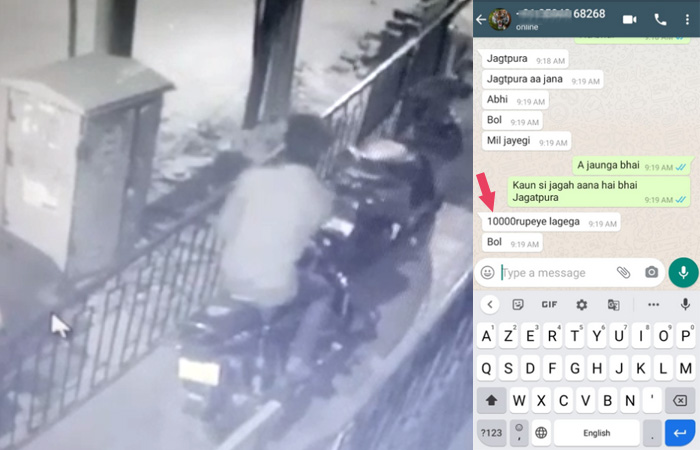 Jaipur: A thief in Jaipur offered to sale the stolen bike to its owner for Rs 10,000. He demanded the money be paid through an online e-wallet transfer.

Ratan Lal Meena, a resident of Jamwaramgarh alleged that his bike was stolen from a hospital in Adarsh Nagar where he works as a ward boy. The incident took place on March 4, after which he filed an FIR.

On March 8, Meena was flummoxed after he received an unknown call who admitted to stealing the bike and offered to return it for Rs 10,000.

He initially rebuffed the call as prank until the accused sent Meena the photo of the bike’s chassis number and told him that it was no joke. The accused summoned the owner to come to Jagatpur at once and take away his bike.

The phone calls continued till March 12 until Meena filed a complaint and requested cops to take action. However, the Jaipur police have yet to act on the FIR and arrest the accused.

It is probably first of its kind crime in Jaipur where an accused after running off with the stolen vehicle offered to resale it to the owner. Meanwhile, the Jaipur police were left scratching their head as they wondered why an accused would do such a brazen act.

“Criminals never call back because it raises the risk of tracking, but this is a different case,” an official said.