Bengal Tigers team owned by Bollywood producer Boney Kapoor has chosen Jaipur to be their home ground for the league. He will make an official announcement related to this on October 18 in Jaipur. 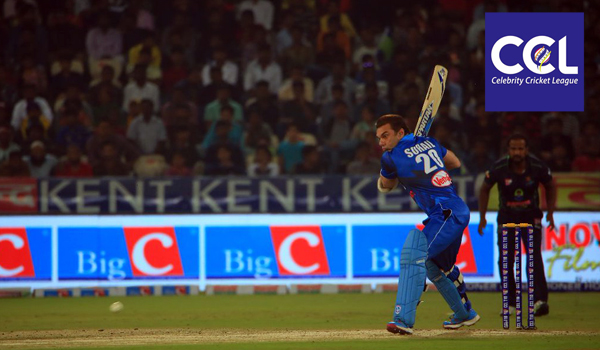 Jaipur: Jaipurites will soon witness Sawai Man Singh (SMS) Stadium filled with hundreds of celebrities playing cricket for the upcoming Celebrity Cricket League (CCL) 2018. CCL will bring stars of various film industries together to battle it out on a cricket pitch. It is scheduled to be held in December.

Bengal Tigers team owned by Bollywood producer Boney Kapoor has chosen Jaipur to be their home ground for the league. He will make an official announcement related to this on October 18 in Jaipur.

The members of CCL organizing committee visited the SMS Stadium at Lal Kothi to have a glimpse of the ground and also to check out the facilities available on Wednesday. They talked to vendors and management team regarding the event.

Spokesperson for Bengal Tigers team, Mustafa Raj said, the two-day cricket carnival will be of great entertainment value to movie buffs and cricket lovers alike. The Sawai Man Singh Stadium will play host to the Celebrity Cricket League in December. Bollywood celebrities with other regional celebrities will take part in the league.

This year, the CCL will be played in the T10 format to make the game more interesting and to accommodate more games owing to the busy schedule of the actors and the technicians.

There will be three or four matches per day. This will allow all eight teams to be at a single venue the same day.

The Celebrity Cricket League (CCL) is a non-professional men’s cricket league in India and it is contested by nine teams consisting of film actors from eight major regional film industries of Indian cinema. The league commenced in 2011. The CCL teams use various venues for their home games.