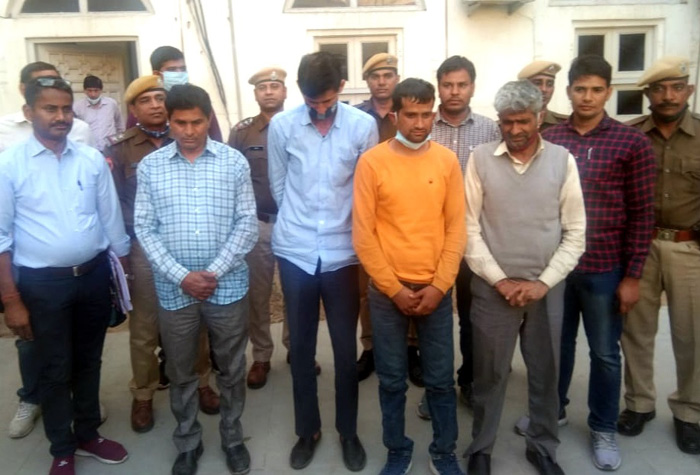 Jaipur: Jaipur police has launched a massive search for a jeweller, identified as Shikhar Agarwal, and his nephew for stealing silver weighing 540 kg after digging up a tunnel under a house. The police revealed that Shikhar bought a piece of land adjacent to his friend’s house, employed people to dig up a tunnel, and steal the silver worth crores of rupees from the later.

The police have arrested three people who Shikhar employed for the heist – identified as Kaluram Saini, Kedar Jat, and Ramkaran Jangir.

ACP, crime Ajay Pal Lamba said that the theft took place at the house of doctor Sunit Saini in Vaishali Nagar on February 24. Sunit put the silver in boxes and buried them in the ground in the basement of his house. Sunit told the police that thieves dig up a 27-feet tunnel from an adjoining plot to steal the silver boxes.

The police launched an investigation and found that Sunit used to buy silver from Shikhar Agarwal. The two were close friends. In fact, Shikhar advised Sunit to start investing in silver. When Sunit was burying the silver boxes, Shikhar was present, so the jeweller was aware of where his doctor friend was hiding the silver.

Shikhar then bought the adjoining plot in the name of one Banwari Jangir. Banwari was the first person that the police interrogated because he owned the land where the tunnel was dug up. It came up during the investigation that Banwari was the owner only in papers. The real owner was Shikhar.

The police have arrested Banwari and three others who were involved in digging up the tunnel; however, Shikhar and his nephew are still at large. The cops have launched a search for them and are trying to recover the robbed silver.