The accident occurred at Simarala Mod on NH – 52 allegedly because the bus was overspeeding to such an extent that it dragged the bike for nearly 100 feet. 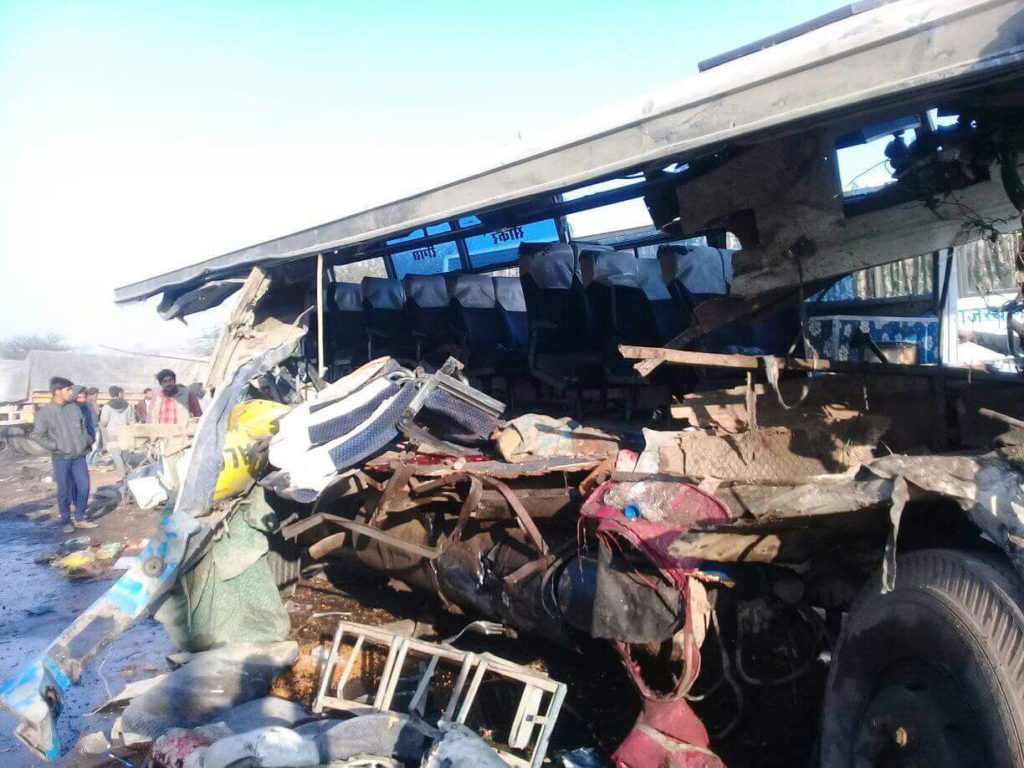 Jaipur: A Lok Parivahan Seva bus on its way to Reengus in Sikar district from Jaipur caught fire after mowing down a biker on Tuesday evening. The 50-odd passengers had jump off the bus through windows to save their lives. The biker was killed, while a man riding pillion was critically injured. He was rushed to SMS Hospital in Jaipur for treatment.

The accident occurred at Simarala Mod on NH – 52 allegedly because the bus was overspeeding to such an extent that it dragged the bike for nearly 100 feet. The accident triggered fire in the bus. It engulfed the entire vehicle within an hour. The bus was reduced to ashes.

The mishap has come close on the heels of the death of 11 passengers in a tragic accident. The last mishap also involved a Lok Parivahan Seva bus. People have complained that these buses over-speed, but no one in the administration is paying heed to these complaints.

The deceased was identified as Rafeeq alias Imamuddin, a resident of Sargoth. He was on his way to his village with uncle when the bus rammed into his bike.

The passengers started crying for help when the bus caught fire. They jumped off the bus to save their lives. Three fire tenders were rushed to the spot to douse the fire, but the bus was completely gutted.