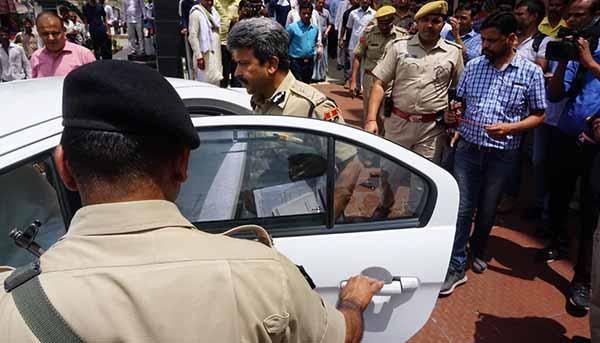 Jaipur: The Jyoti Nagar police has arrested a police constable identified as Kapil Sharma for raping  a woman and attempting to murder her by pushing her off a rooftop. The woman had recently created a sensation when she was found necked in Kanota area accusing five men of sexually assaulting her and dumping here there after beating her up. The police arrested the constable in an old case, however he was also one of the accused in Kanota case. They are trying to verify the woman’s allegations about Kanota rape.

Police constable Kapil Sharma was arrested from a place near LBS College on Thursday.

“She had registered an FIR against the constable accusing him of rape and murder attempt in the past. The arrest was made in that case. No arrests have been made in the Kanota rape allegations. We are collecting evidence,” said a police officer.

The officer said that the footages of CCTVs installed in the area where the woman was found necked are being studied.

“We have got some clues about the incident. Further investigation is going on. The suspects in the case are on the run. A search has been launched for them,” said the officer.

The 26-year-old woman had accused five men including a doctor of sexually assaulting her. She was found necked on the main road outside the Kanota jungle on Wednesday.

The woman had filed a molestation case against Kapil last year.