The victim lodged the case against AIG Mishra with woman police station in Jaipur in 2014. 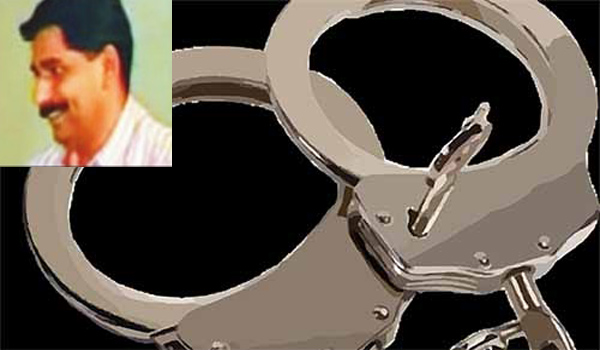 Jaipur: Jaipur police on Thursday arrested Anil Kumar Mishra for allegedly raping a woman. The case was registered in Jaipur against the police officer in 2014. He had been absconding since then. The Madhya Pradesh government suspended him after the rape case was filed against him.

A Mansarovar police officer said that a Jaipur police team arrested AIG Mishra from Bhopal and brought him to Jaipur on Thursday. He was then produced in the court and sent to jail.

According to the police, the victim lodged the case against AIG Mishra with woman police station in Jaipur in 2014.

The victim, a resident of Shyam Nagar area, went to Bhopal in the connection with a case registered against her husband by Bhopal’s STF on charges of fraud. Her husband had been arrested.

She came in contact with AIG Mishra regarding her husband’s case. Mishra called her on March 7, 2012, to the officer’s mess on the pretext to help her get her husband released from the jail. The woman alleged that he raped her there.

Mishra also demanded a bribe of Rs 10 lakh. Her husband was released in May 2012.

Mishra allegedly raped her in Jodhpur, Jaipur, Indore, Kochi, Mumbai, and Delhi. He used to call her and threaten that if she will not come to him, he would again arrest her husband.

The woman stopped answering his calls after which Mishra again arrested her husband in 2013. He allegedly sent two police officials to his house in Jaipur to threaten her of dire consequences if she didn’t answer his calls.

The woman finally registered a case against him in Jaipur in 2014.