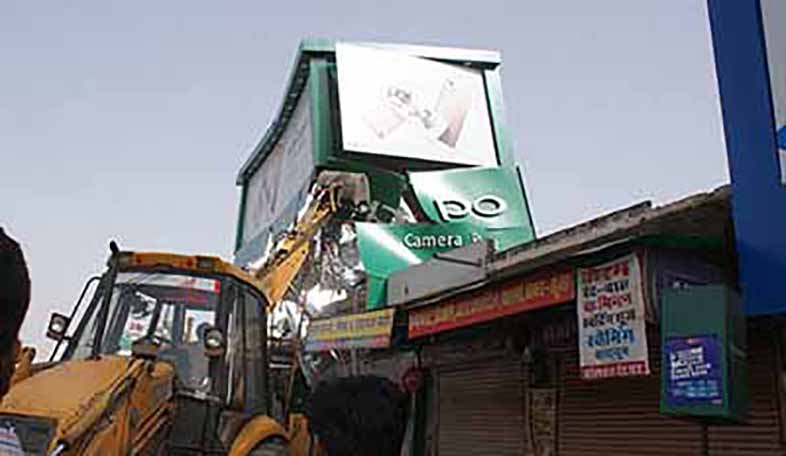 A mobile manufacturing company's office was sealed in Jaipur for non-payment of advertising penalties.

The company didn’t allegedly not pay the money for putting up hoardings on public places. A notice was served and when the dues were not paid, the company’s office located at Ridhhi Siddhi junction near Gopalpura Bypass was sealed.

“We launched a drive against illegal hoardings in the city in May. Hoardings of private companies were removed when it came up that they didn’t have permission. A total amount of Rs 2.32 crore was found to be due based on number of hoardings we found throughout the city,” said a JMC officer.

The officer said that a notice was served to the company’s office in Jaipur. When the due was not paid within a month after being served the notice, their office was sealed.

A JMC team reached the company’s office around 9 am on Wednesday.