Now you can lodge an FIR for vehicle theft online in Jaipur or anywhere else in Rajasthan for that matter. The Rajasthan police on Monday launched e-FIR service for reporting a vehicle theft cases online. 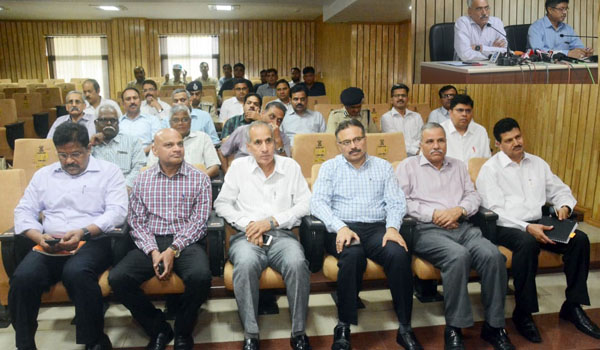 Jaipur: Now you can lodge an FIR for vehicle theft online in Jaipur or anywhere else in Rajasthan for that matter. The Rajasthan police on Monday launched e-FIR service for reporting a vehicle theft cases online.

The Electronic First Information Report (e- FIR) service was launched for vehicle lifting and theft cases in the state on Thursday. The program has been developed by the State Crime Records Bureau (SCRB) of Rajasthan. Rajasthan is the second state after Uttar Pradesh where the online FIR facility is being introduced.

If the vehicle lifter is known to victim or the victim will be hurt during the vehicle robbery, then the complaint can be filed only with the concerned Police Station as the case will be registered under different sections of IPC and CrPC.

The E-FIR will be registered by logging in with SSO ID at www.police.rajasthan.gov.in.The process is being linked with Crime and Criminal Tracking and Networking System.

OP Galhotra said that people will be able to register FIR online with the help of this new E-FIR service for vehicle lifting and theft cases. People will no longer have to visit the police station to register the vehicle theft case. They can register the online FIR with their phones using the internet from anywhere.

According to a senior police official, the registering of FIR online will bring transparency in the police functioning and the proper records will be available online for the officials and people also.

The system is introduced for vehicle theft and lifting cases for now. Later on, the online filing of FIR will be rolled out for other types of cases. The entire process would enable timely disposal of cases to reduce pendency at police stations and courts.

If the wrong information will be provided using the E-FIR service then the case will be registered against the citizen under relevant IPC sections.

Subscribe to WhatsApp updates for Jaipur News Click on the following link(s) to find the latest & related stories on: Rajasthan police