Rajaram left a suicide note mentioning the names of the police officials who allegedly didn’t pay heed to his complaints and did not take any action against robbers even after they were allegedly identified. 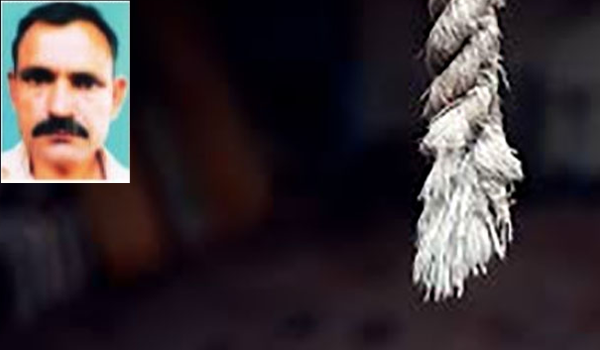 Jaipur: A 50-year-old man identified as Rajaram Sharma committed suicide at his house in Kaladera near Jaipur on Monday as he was depressed over allegedly not getting justice for his wife who was murdered during a robbery bid six months ago. Some men robbed Rajaram and his wife when the couple was on their way home and killed the woman for her jewelry.

Rajaram left a suicide note mentioning the names of the police officials who allegedly didn’t pay heed to his complaints and did not take any action against robbers even after they were allegedly identified. He was allegedly receiving threat calls from the robbers. He alleged that he was misbehaved and thrown out of the police station when he insisted on getting justice.

After the suicide, the police took nine men into custody as per the suicide note. They were Rahul Jat, Mahesh Meena, Nanu Meena, Maliram Meena, Mukesh Meena, and Moti Meena.

The deceased Rajaram (50) was a resident of Kaladera area of Jaipur.

According to the suicide note, the incident happened on April 7. The accused men killed Rajaram’s wife and took away her jewelry along with a cash amount of Rs 25,000. Rajaram lodged an FIR with Chomu police station, but the officials didn’t take any action.

Rajaram received threat calls from the accused men after the incident. They allegedly threatened to kill him and other family members. Even after this, the police did not take any actions, the victim alleged.

Rajaram went to the police station on Monday demanding an action against the accused men, but even the police official of Kaladera didn’t react.

Depressed over this, Rajaram committed suicide at his house late on Monday.

Rajaram’s relatives protested at Kaladera demanding a strict action against the police officials.