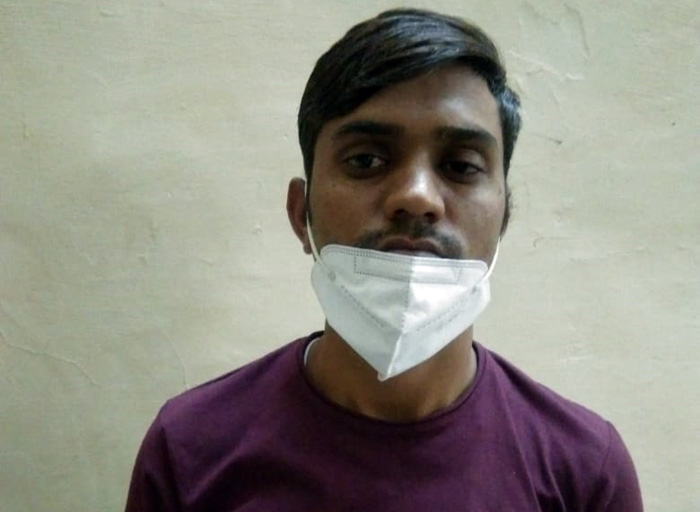 Male nurse who was arrested for raping woman

Jaipur:  A woman undergoing treatment on a ventilator at the city’s Shalby hospital was allegedly raped inside the ICU ward by a nursing staff member.

The woman, unable to speak due to her medical condition, narrated the entire incident to her husband by scribbling her harrowing tale on a piece of paper.

“She said that a male nurse first pinched her multiple times to see if she was unconscious, then he violated her by touching her private parts. She could not resist because she was already tied up with many tubes connected with the ventilator including an oxygen mask,” said an official.

The accused, identified as Kushi Ram Gurjar, was arrested by Chitrakoot police based on prima facie evidence.

As per the FIR submitted by her husband, the incident took place when she was admitted into Shalby hospital on Monday, where after the surgery, she was shifted to an intensive care unit (ICU) ward in the evening.

The hospital staff told her husband that he could not stay during the night and if they needed anything, they will call him up. The woman, however, found herself alone and helpless in the ward as her condition did not allow her to seek help.

When the husband returned the next day to meet her wife, she was in tears and deeply terrified. The woman alleged that even in the morning when her clothes were being changed, the accused stood there. He later came up to her bed with his friends, suspected to be other members of the Shalby staff, and threatened her.