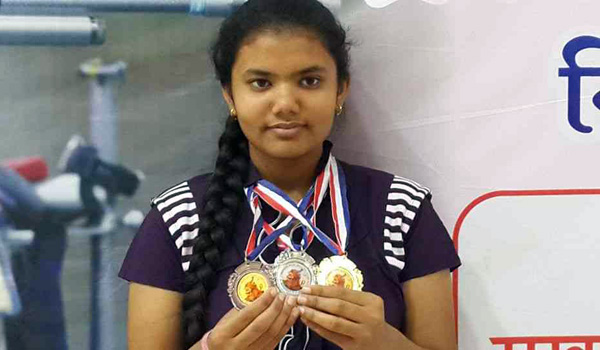 Elavenil Valarivan scored 631, Shreya Agarwal 628.5 and Manini Kaushik 621 to a total of 1880.7 by setting a world record at world championships. The score by Elavenil, a junior world cup gold-medallist, was also a new junior world record.

Manini’s father Anil Kaushik is a Judge in Sikar. His father brought Air gun for his interest but soon Manini started to shoot targets as good as his father and started her career with state-level championships.

In another event, the 17-year-old Indian boy clinched the yellow metal after prevailing in a shoot-off at the prestigious International Shooting Sports Federation (ISSF) tournament. The bronze went to Russia’s Grigorii Shamakov, who managed a score of 228.6 in the final.