A man sustained bullet injuries and is undergoing treatment at a hospital, according to preliminary reports. 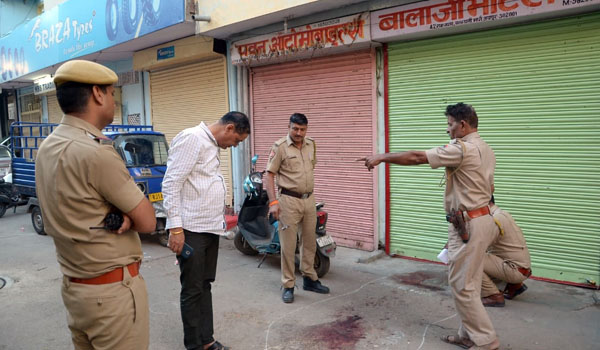 Jaipur: Jalupura police in Jaipur launched an investigation into the reports that some men in a car opened firing on Vanashthali Marg late on Sunday.

A man sustained bullet injuries and is undergoing treatment at a hospital, according to preliminary reports.

A police team from Jalupura police station rushed to Vanasthali Marg when people called up the police control room and informed about the firing.

The shooters were in a car and opened firing at a man identified as Suresh. The man reportedly sustained bullet injuries and was rushed to SMS Hospital for treatment.

The car then sped away from the spot. The firing created panic on Vanasthali Marg.

A forensic examination of the spot was conducted by the police.

According to preliminary reports, the firing was the fall out of rivalry between one Dushyant and Karan who are involved in flash trade in the city.

Dushyant along with his three aides came in a car and opened fire at Suresh, an aide of Karan.

The police are examining footages of CCTVs installed in the area. Some suspects have been rounded up for questioning.