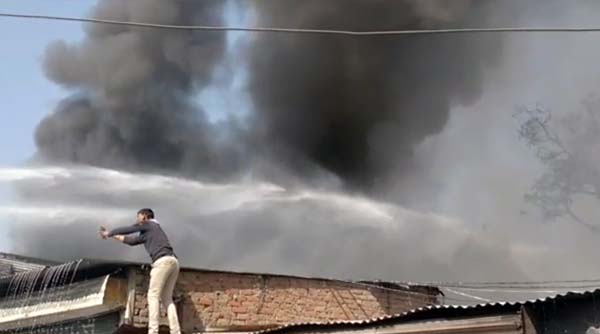 It took four fire tenders nearly two hours to control the fire. According to preliminary reports, the fire was triggered by short-circuit around 3 am.

The shop owners were not aware of the damage caused by the fire until a team from nearby Manak Chowk police station reached the spot and informed them about the blaze. The shopkeepers immediately rushed to the shops that sold prasad.

On smoke emanating out of the shop, local residents informed the police control room and fire department, but they alleged that the blaze spread to another shop when fire tenders didn’t arrive on time.

The fire department has launched an investigation into the incident. The news of fire breaking out at the famous temple created panic and led to rumors.