Confederation of Indian industry (CII) will organize sixth edition of Jaipur by Nite 2018 on August 25, September 1 and September 2 for promoting night tourism in Jaipur. 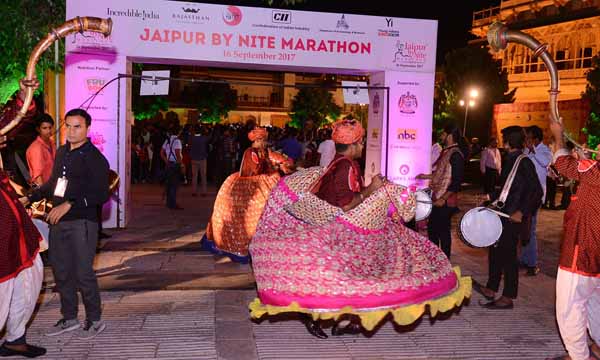 Jaipur: Confederation of Indian industry (CII) will organize sixth edition of Jaipur by Nite 2018 on August 25, September 1 and September 2 for promoting night tourism in Jaipur. Jaipur by Night is an initiative to promote Jaipur as a summer and monsoon tourism destination and a platform for tourists and common people to explore the rich heritage and culture of Rajasthan, along with the opportunity to witness the natural shade of Jaipur after monsoon. This program is being organized by the Rajasthan tourism department, CII and Young Indians. A CII Rajasthan official said that sixth edition of Jaipur by Nite is being prepared to showcase art, culture, crafts, heritage and rural tourism of Rajasthan. “It will be spectacular and magnificent experience with live music, fashion shows, dance, and ethnic purchases with a variety of beverages,” the officer said. Jaipur By Nite has been planned to have Cultural & Musical Evening including a unique initiative of mid night marathon titled as “Jaipur by Nite Marathon”. The main features of the Show would be: The event will start with Nite Marathon, followed by unique initiative of Women Car Rally at night. “This will be a fun drive for ladies with a chance to colour the Pinkcity with colours of feminism and to promote safety & security for women in night. Food at Jaipur speaks about the rich taste of its culture. The Bite Fest in Jaipur will give you an opportunity to enjoy multiple tastes under one roof of heritage. At the iconic City Palace in the Pinkcity, one of the world's great designers, BIBI RUSSELL will present a collection of beautiful ensembles inspired by the royal costumes of traditional Rajasthan. This fashion show will be followed by a rock music concert by much acclaimed Agnee Band,” the officer added.
Follow @ThePinkcityPost