The claim of suicide is under suspicion because of the way the body was found hanging. 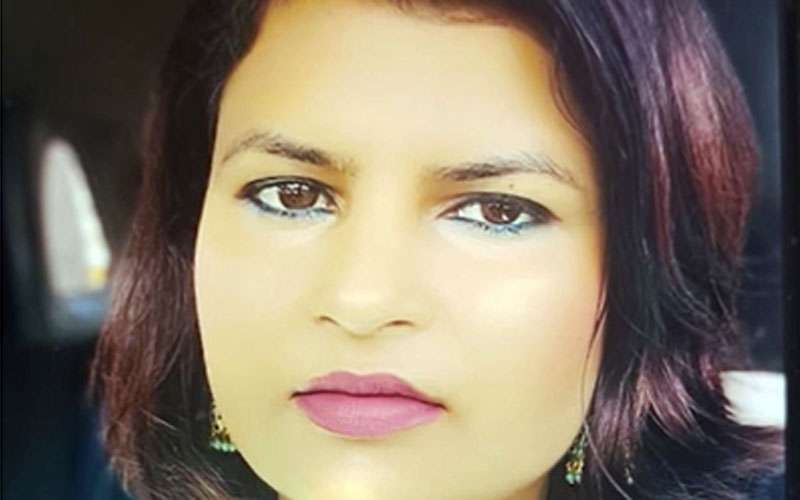 Surabhi Kumawat who was found hanging in her flat.

JAIPUR: A marketing manager in Punjab National Bank, identified as Surabhi Kumawat, allegedly committed suicide by hanging herself from the ceiling of a room in her flat in Muhana area. The police found a suicide note in which Surabhi blamed her husband, Shahid Ali, for her decision to take the extreme step.  Both had got married after an affair and had a five-year-old daughter.

According to the police officials, they received the information about the suicide from husband Shahid around 7.30 am. The police team rushed to the spot and found Surabhi hanging.

They cut the noose and got her down. She was rushed to a hospital where doctors declared her brought dead. Her body was kept in the mortuary of Mahatma Gandhi Hospital for a postmortem examination.

An FSL team visited the spot and collected evidence. The claim of suicide is under suspicion because of the way the body was found hanging. The police have launched an investigation and said that they are investigating all angles.

Surabhi and Shahid got married at Arya Samaj in Ghaziabad on January 1,  2016. Shahid, a resident of Basbadanpura, has reportedly told the police that he removed ‘Ali’ from his name after the marriage and started living with her wife in a flat purchased by her in Basbadanpura.

The police recovered a suicide note from the flat in which she stated that nobody understood her and everyone wanted to hurt her. “I don’t want to be a hassle to anyone,” said Surabhi, adding that her husband hated her and threatened to leave her. “I was used for personal interests. I am saddened that I would never be able to be with my daughter,” Surabhi wrote in the note.

Shahid told the police that he had gone to bed after attending a program organized by the residents society and when he woke up the following day, he found Surabhi hanging.