The event will showcase the traditional and contemporary art form through live demonstrations. A musical night will be held in the evening each day. 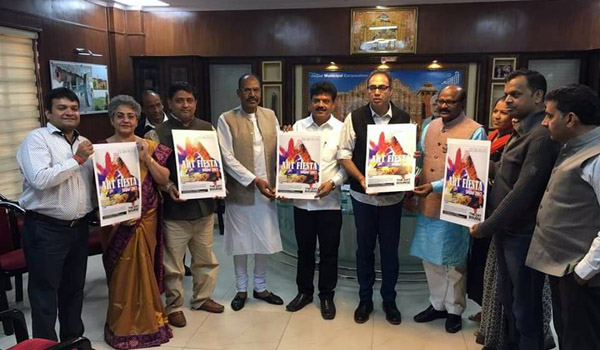 Jaipur: The second edition of Jaipur Art Fiesta will be organized at Jawahar Kala Kedra from December 21 to December 26. The six-day-long art festival at JKK will display the art that originated from seven states. The artisans will perform live demonstration of art.

The event will showcase the traditional and contemporary art form through live demonstrations. A musical night will be performed in the evening each day.

The artworks of the traditional art of different provinces of the country including Rajasthan will be displayed in 88 stalls at JKK’s Shilpgram.

After the inaugural ceremony, famous artist of Mumbai, Vasudeo Kamath and artisan from Hyderabad Aekka Yadagiri Rao will be facilitated with the lifetime achievement award for their Work.

According to the reports, two Bollywood stalls will be the attraction of the event. There will be a series of video projections of the paintings and pieces of Vasudeo Kamath in the inauguration ceremony.

More than 100 artists from different parts of the state will perform live art on a huge canvas of 100 meters on December 22 at the event.

According to Convener Ramakant Khandelwal, the event will be organized by Delhi’s traditional art promotional society. Many renowned artists from different states of the nation will perform the live demonstration at the six-day long event.