According to the railway’s officials, the Jaipur-Allahabad superfast express train will start operating from January 14 and will complete 16 trips from Jaipur to Allahabad till February 12. 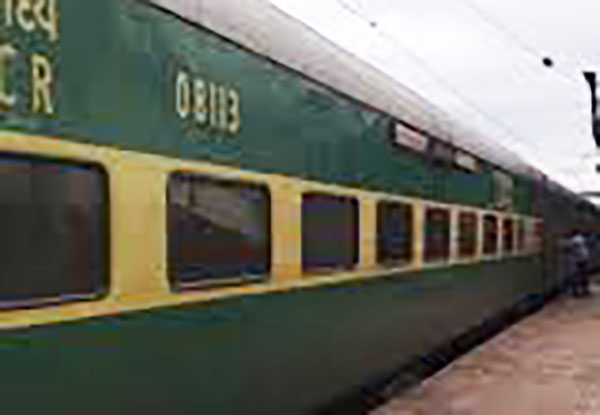 Jaipur: The Railways have re-started the Jaipur-Allahabad-Jaipur express to accommodate passenger load during the upcoming Kumbh Mela (festival) at Allahabad in Uttar Pradesh, which will be kicked off on January 15. The train on this route via Mathura was partially suspended a few days ago due to foggy weather conditions in the region.

The Railways is expecting a huge crowd of passengers in January and February following which they have restored the trains which were suspended due to weather conditions.

According to the railway’s officials, the Jaipur-Allahabad superfast express train will start operating from January 14 and will complete 16 trips from Jaipur to Allahabad till February 12.

Similarly, the train will be available from Allahabad from January 13 and will complete 16 trips from Allahabad to Jaipur till February 12. The precautions will be taken accordingly so that fog couldn’t disrupt the journey.

The railway administration has taken the decision to restore the train due to the passenger’s footfall for popular Kumbh Mela at Allahabad, which is scheduled from January 15 to March 4.

Every year, the railways’ department suspends some of the train routes due to the dense weather conditions, especially in the northern region. The visibility decreases due to fog.

Kumbh Mela at Prayagraj (formerly Allahabad) in Uttar Pradesh is one of the biggest cultural and religious events in the world. More than 12 crore devotees are expected to visit the Kumbh Mela in 2019, as per the recent reports.