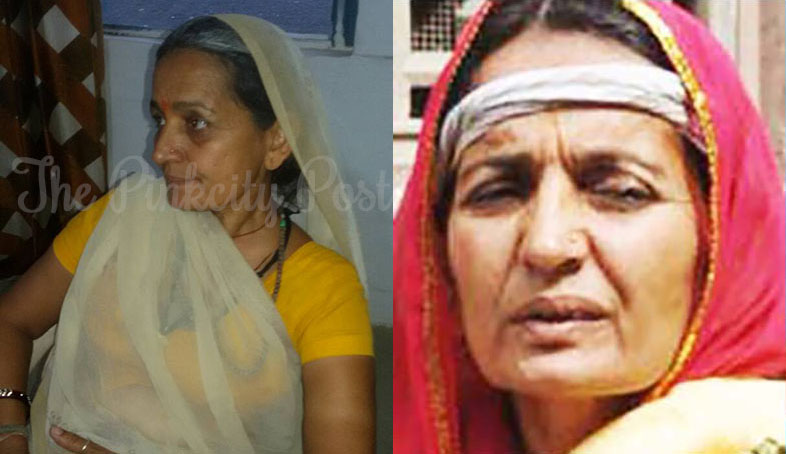 Changes in Indira Bishnoi's appearance derailed ATS investigation for two months. The photo on the left shows how different she looked from her earlier appearance.

Jaipur: Indira Bishnoi, one of the key suspects in Bhanwari Devi murder case, was produced in a court in Rajasthan’s Jodhpur town on Saturday. The court remanded her in judicial custody. As she was being taken to Jodhpur Central Jail, she told media persons that Bhanwari was alive and the bones recovered from a canal were not hers. Indira made the same statement before the court also.

Indira was produced in the court of judicial magistrate number – 2 on Saturday after her 7-day police remand period came to an end. The court remanded her in judicial custody.

When Indira was escorted out of the court by the police, some media persons asked her if Bhanwari Devi was alive. Indira answered, “Yes, Bhanwari is alive. It wasn’t her bones”.

The policemen and officials present there started laughing at Indira’s comments.

The CBI in its chargesheet had stated that Bhanwari Devi was burnt alive. The agency had recovered the bones and an FBI report proved that they were Bhanwari’s.

Indira was arrested from Madhya Pradesh by Rajasthan ATS.

Indira, the sister of former Congress MLA Malkhan Singh Bishnoi, interrogated for her and others role in the murder case. She would also be quizzed about where she stayed throughout the period of her hiding, sources said.

As per the chargesheet filed by the CBI in a Jodhpur court, Indira had first approached her sister-in-law to make a sleazing CD showing Mahipal Maderana, a prominent Jat leader in Jodhpur who was a cabinet minister in the previous Congress government, in a compromising situation.

Indira wanted to have Mahipal Maderana outed from the cabinet so that her brother Malkhan Singh Bishnoi could get a cabinet birth.

When the sister-in-law refused, Indira approached Bhanwari Devi who agreed to do the job.

Bhanwari, however, crossed Indira when she not only started Mahipal Maderana, but also Malkhan Singh Bishnoi. Malkhan had fathered Bhanwari’s younger daughter.

When Bhanwari Devi disappeared, the case was handed over to the CBI.

The agency revealed that Bhanwari had been brunt and her remains were thrown into a canal.

Indira was on Saturday lodged in Jodhpur Central Jail.