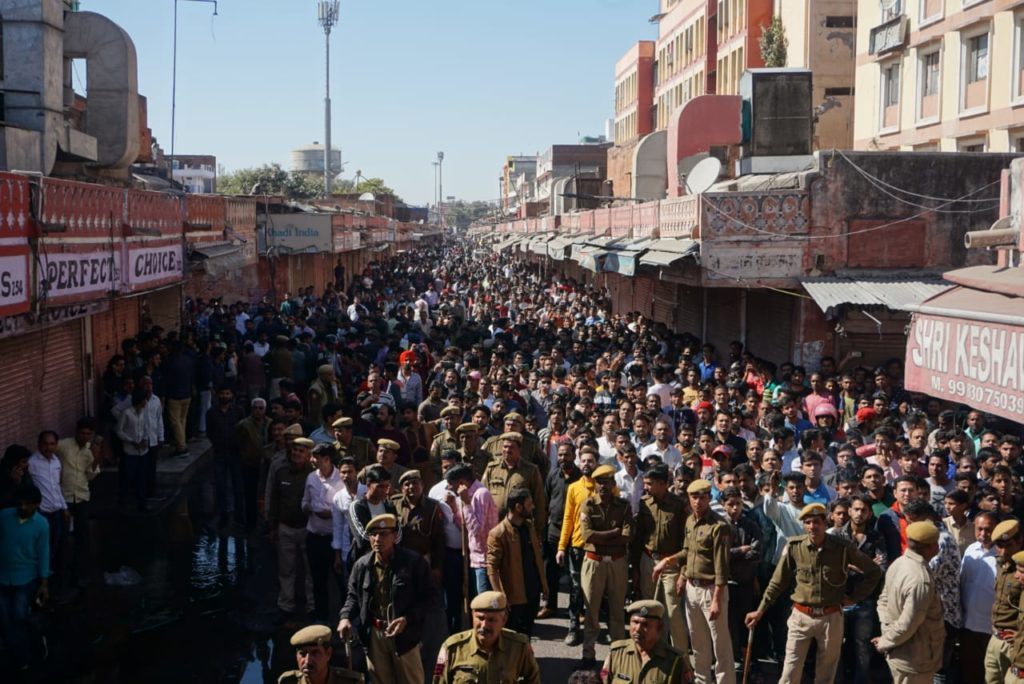 Jaipur: The city police on Sunday lodged an FIR against the owner of the crackers shop in Indira Bazar that caught fire on Saturday. The owner, Kishan Salwani, was booked under sections 286 and 436 of IPC. It is alleged that a negligence on his part led to the fire that gutted at least six shops in the vicinity.

The fire engulfed half a dozen shops and several vehicles parked outside. Over 40 fire tenders were pressed into service. The fire started around 1.30 pm on Saturday. It took fire fighters nearly six hours to douse the fire.

“We have registered an FIR against the shop owner. We are trying to locate him for questioning, but he is nowhere to be found. We are investigating what caused the fire. We are recording statement of eyewitnesses,” said a police officer.

The shop owners in the area alleged that Kishan Salwani was negligent and he had been warned several times but he didn’t pay any attention.