In a first, Boeing 777 lands at Jaipur airport 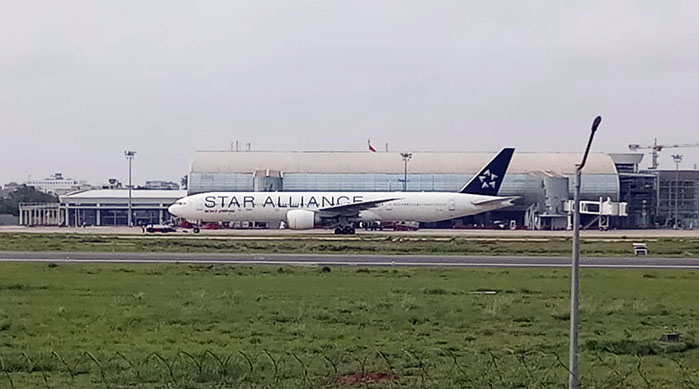 Boeing 777 that landed at Jaipur airport.

Jaipur: A Boeing 777 landed at Jaipur International Airport for the first time. Due to its size, the big aircraft couldn’t land here earlier, but it was made possible by the runway extension that was completed in March 2017. The aircraft took off with 340 Haj pilgrims at 3.40 pm on Friday.

The first woman commercial pilot from Rajasthan Paruk Shekhawat operated the flight. Parul – daughter of SMS Hospital’s former superintendent Narpat Singh Shekhawat – belongs to Jaipur. Her husband is also a senior pilot with Air India. She was operating the flight as the captain.

The runway extension work was completed in March, but it was for the first time that Boeing 777 landed at the airport.

When the runway extension work was undergoing, the airport authorities had to either reschedule or terminate many flights.